Insurers can handle low-value PI claims between them, says top boss amid warning of CMC invasion 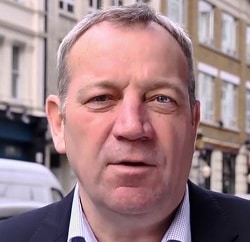 Watson: Premiums will go down

It should not be “beyond the wit of man” to design a system for low-value personal injury (PI) claims where insurers and their customers handle cases without the involvement of lawyers, the head of one of the country’s biggest insurance companies.

The comments of Andy Watson, chief executive of Ageas, came at a session where a leading claimant lawyer warned that the government’s planned PI reforms would leave plenty of “meat” for claims management companies (CMCs) to get their teeth into.

Speaking at the Association of British Insurers’ annual conference last week, Mr Watson described road traffic accident claims worth up to £5,000 – which is the level to which the government plans to increase the small claims limit – as “really simple and straightforward”.

He continued: “It’s not beyond the wit of man to work out who caused the accident, what the problem was, who’s at fault, who’s been injured, what the tariff is. It’s all incredibly straightforward.

“You have the two insurers involved, sort out their own respective customers and sort the thing out in no time at all. Why is that an ambition that is beyond us?”

He stressed that there would be many claims where lawyers “absolutely” have a role, but not these ones.

Also on the panel discussing the reforms was David Parkin, deputy director for civil justice and law at the Ministry of Justice.

He said “the government is of the view that low-level PI claims are not always so complex that they require a lawyer”, but added two “important caveats”: that the new electronic portal for them was designed around the needs of consumers and as “as user-friendly as possible”; and that it remained open to a claimant to use a lawyer or other means of support.

Donna Scully, a director at leading claimant firm Carpenters and former chair of the Motor Accident Solicitors Society, argued that while a portal for litigants in person was better than nothing, it was still hard to see members of the public using it. She stressed that, for most people, £5,000 was not a small claim.

Observing that CMCs would have access to the portal on behalf of litigants in person, she said they would move in.

Ms Scully noted that PPI claims were far easier than PI cases and yet still many consumers used a CMC for them. Even those with PI claims worth less than £1,000 went to solicitors, she said.

She continued: “PI for CMCs is not the Holy Grail at the moment – the client gets most of the money anyway; they just get a cut of that.

“My worry is the credit hire, credit repair and rehabilitation – we haven’t dealt with those issues in these reforms and they’re still at large. So there’s still a lot of meat in the game here for claims farmers.”

Mr Watson agreed with Ms Scully, using the analogy of a squeezed balloon, where it bulges out elsewhere.

These issues were addressed in part 2 of the 2016 government consultation that set out the reforms, but while it has progressed part 1 – damages and the small claims limit – the Ministry of Justice has still yet to respond to part 2.

Mr Parkin would only say that it would do so “in due course”.

Ms Scully also predicted that CMCs would want to ensure claims came in near the £5,000 limit, where the legal fees were more attractive.

Mr Watson replied: “If they are at the top end of the tariff – and I suspect she might be right about that – it’ll be because members of the medical profession have [said so]. There’s nothing we can do about that; there’s no objective diagnosis for whiplash.

“If CMCs can find enough members of the medical profession to do that, I just don’t see what the answer is.”

Mr Watson was insistent, however, that motorists would see the benefit of lower claims costs, even if the other factors that went into pricing premiums meant there would not necessarily be a direct correlation.

“This idea that I want claims to go away and want to get out of paying claims is just complete tosh and nonsense.

“The idea that the insurance market is going to see the cost of claims come down but premiums stay at their existing level is also tosh and nonsense. We are probably the most competitive general insurance market in the world…

“The government only had to say last September that they were thinking about changing the Ogden rate and premiums came down immediately.”

However, Mr Parkin said the Ministry of Justice would monitor this, but when questioned by Legal Futures, would not speculate on what enforcement action it would take if it was not happy.

Also on the panel, Andrew Parker, a partner and head of strategic litigation at leading defendant firm DAC Beachcroft, said it was vital to ensure that the new system “doesn’t push cases through to the courts”.

He explained: “I don’t believe the Courts Service can cope with an influx of cases where litigants are unrepresented, or possibly worse still, poorly represented by a CMC or whatever support they’re given. It simply doesn’t have the resources to cope.

“So what is critical about the system is that it must have other ways of resolving whatever disputes there are. These are not complex disputes.”

He agreed with Ms Scully that a lesson from the chaotic introduction of MedCo was that it was important not to rush the new system into use before it was ready.

“It’s much harder to sweep up afterwards,” she said.