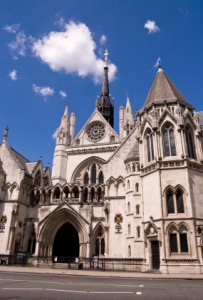 High Court: insurer's rejection was at odds with previous authorities

A professional indemnity (PI) insurer was wrong to reject a law firm’s blanket notification of possible claims, the High Court has decided in what is believed to be the first ruling of its kind.

Bradford practice McManus Seddon Runhams (MSR) found itself facing 17 claims arising from conveyancing transactions as the successor practice to a firm it had taken over, having until then had an unblemished PI record.

Further investigations on a sample of files suggested a consistent pattern of breaches by that firm, particularly around failures to warn lenders about suspicious features of transactions. As a result MSR sought to make a blanket notification to its insurer, European Risk, estimating that around 5,000 cases could be affected, and maybe more.

The firm said that every file “contains or is more likely than not to contain examples of malpractice negligence and breach of contract and so each and every file… should be properly notified to you as individually containing shortcomings on which claimants will rely for the purposes of bringing claims against this firm as successor practice”.

However, European Risk rejected the notification because MSR had not identified the “specific incident, occurrence, fact, matter, act or omission” – the policy definition of ‘circumstances’ – which would give rise to a claim on each individual file. Simply because the predecessor firm had worked on the files did not constitute a valid notification, it argued.

Vivien Rose, sitting as a deputy judge of the High Court, said European Risk’s contention that its liability was limited to identified files was “misconceived” and wrong.

MSR then sought declaratory relief that it had made a valid notification so that it could then persuade a PI insurer to offer cover (the firm had fallen into the assigned risks pool as a result of this issue). However, “with some reluctance” the judge declined to do so, saying any relief would be either too narrow or too broad.

She said the precise scope of the circumstances validly notified by MSR would be an issue to be determined as and when it arose in the context of an actual claim.

Meanwhile, the Law Society has told solicitors to check the financial strength of an insurer before purchasing their next PII policy. The warning comes following the recent financial collapse of two insurers, Quinn and Lemma.

The society said it wanted “to quell the misconception, held by many solicitors, that because the Solicitors Regulation Authority (SRA) publishes a list of ‘qualifying insurers’ that these insurers are vetted by the SRA in some way. This is not the case”.

The society continued: “While commercial pressures on firms may tempt them to choose the ‘cheapest’ quote for their professional indemnity insurance, the true cost of this cover can be frightening. If an insurer becomes insolvent, there may be a very high price to pay, in a personal, as well as business capacity.”

It said solicitors should seek out an insurer’s rating before selecting their provider because unrated insurers are “an unknon quantity”.