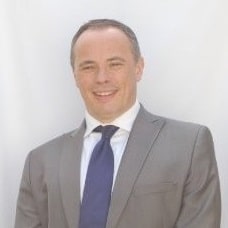 Lock: Going freelance is currently an aspiration, not a reality

A network for freelance solicitors that is “ready to launch immediately” cannot get off the ground because it cannot secure professional indemnity insurance, it has emerged.

Iain Lock said he had spent the past year planning the Solo Legal Network but a lack of guidance to insurers from the Solicitors Regulation (SRA) had frustrated his efforts.

“I don’t know of any freelance solicitors who are actually practising,” he said. “It’s an aspiration, not a reality. The SRA has left insurers in a void, and that has grounded us.”

The SRA opened the way for freelance solicitors in November last year by introducing the Standards and Regulations (STaRs).

They are self-employed solicitors who practise on their own and do not employ anyone else in connection with the services they provide; practise in their own name, rather than under a trading name or through a service company; and are engaged directly by clients with fees payable directly to them.

We reported concerns about the appetite among insurers for covering them well in advance of the change.

Mr Lock, who runs an unregulated employment and commercial advice service for SMEs called Q&A Law, said a few insurers were thinking about covering freelance solicitors but none of them were doing it. He said he had spoken to three major indemnity insurers and a large broker.

He said freelance solicitors were required to have “adequate and appropriate” indemnity insurance but there was insufficient guidance as to what this meant, making it “dangerous” for insurers to enter the market.

Mr Lock said that if indemnity insurers did move into the freelance solicitor market, they would be much more likely to offer cover to networks of solicitors than individuals, whose relatively low income made insurance unaffordable.

The solicitor said his network aimed to offer freelancers benefits beyond cheaper indemnity insurance. Most of them – such as cheaper training, case management, telephone answering and transcription services – would be provided by third parties.

Mr Lock said he had discussed third-party managed accounts, the only way for freelance solicitors to hold client money while carrying out conveyancing or conducting litigation, with a leading payment provider.

Other services – such as marketing, websites and practice management – could be provided in-house. Mr Lock owns a legal marketing and technology company called Onna, which he co-founded in 2017.

Mr Lock said he had been practice director of a law firm with a number of consultants and later owner of a firm that used consultants, giving him plenty of experience of working with self-employed lawyers.

Since then, he had been self-employed for the past four years and “enjoyed it immensely”.

He said that a dozen solicitors were ready to become freelancers and join his network, and one of three insurance companies he had spoken to had received over 50 enquiries from solicitors interested in going freelance.

Mr Lock added that solicitors who worked as self-employed consultants with their own clients typically paid 40% of their fees to law firms in return for limited benefits.

“Being part of a freelance solicitor network would not cost them anything like that.”

The STaRs and the state of the professional indemnity insurance market will both be debated at the Legal Futures Compliance and Regulation Conference on 11 March.