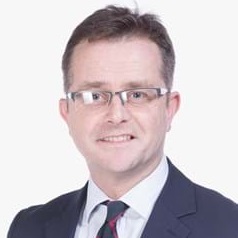 A leading insurance law firm has mined its historic claims data to create an app that will help clients improve estimates of how much cash to set aside at an early stage in volume personal injury claims.

MatterLab is aimed at claims worth under £100,000 and follows the launch last September of a similar app, called PREDiCT, aimed at helping insurers improve reserve estimates for high-value claims,

MatterLab, which will be rebranded to sit under the PREDiCT banner, is currently being piloted, with the first phase due to end in April.

It is the latest move in the growing development of the field of ‘augmented decision-making’, which uses automation and AI to improve the legal decision-making process. There has been a particular push by insurance law firms to develop tools to support their clients, with Kennedys and Keoghs also bringing products to market.

PREDiCT is a predictive data and analytics tool developed using 10 years of data from over 1,000 claims to give clients actionable insights into the likely trajectory of large loss claims.

Testing of the product claimed a 71% average improvement in reserving accuracy, achieving a global average reserve reduction of £285,000 per case compared to reserves estimated on files alone.

Both products supply insurers’ claims handlers with a range of models with different outcomes, enabling them to validate their own thoughts about a case.

MatterLab – which uses a less granular data set than PREDiCT – aims to allow handlers to more accurately reserve at a much earlier stage in the claim. The lower-value claims product reportedly showed a boost in accuracy of 20% per case.

Weightmans partner Will Quinn said: “Reserving is one of the most business-critical stages when handling personal injury claims – it can impact everything from loss forecast estimates, insurers’ solvency and customers’ reinsurance premiums.

“The challenge is that reserving often takes place in a knowledge vacuum, with individual case handlers often having to work with minimal detail and only their previous experience to draw on.”