Insolvency Service gives SRA a taste of its own medicine 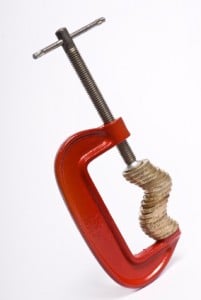 Money under pressure: solicitor insolvency practitioners to sign up to code of ethics

The Solicitors Regulation Authority (SRA) has had the tables turned after receiving a monitoring visit of its own from the Insolvency Service (IS) which then criticised the way it regulates solicitor insolvency practitioners.

The IS oversees seven professional bodies who can authorise their members to act as insolvency practitioners. In its annual review of regulation, the IS said the visit to the SRA’s offices in Redditch found that the SRA was not handling complaints in accordance with the principles underpinning regulation that had been agreed with the government.

Further, the SRA’s move to outcomes-focused regulation “is not compatible” with the IS’s drive for greater consistency in complaint-handling and sanctions across all of the seven professional bodies able to authorise their members to act as insolvency practitioners. This is because the SRA will not investigate all complaints received, but will use the information received to form a risk profile for firms, it said.

As a result of the visit, talks with the SRA and the Law Society have led to a recent amendment to the SRA Handbook that includes reference to the Insolvency Code of Ethics and the SRA has given an assurance that online applications will be possible in the summer. The IS said: “The important matter of complaint handling has not yet been fully resolved although an acceptable solution has been identified.”