Insolvency cases on the rise after difficult year for litigation funder 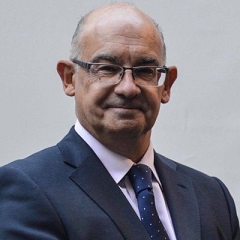 Listed insolvency litigation funder Manolete saw its turnover and profit fall significantly in the last year due to Covid but is now seeing “strong growth in new case enquiries”.

Manolete completed a record 139 cases, four more than the year before, with an average length of 13 months.

But new investments in insolvency cases fell be 20% to 159, 93% of which were acquired – allowing the company to control the litigation – with the rest funded. It had 272 active cases as at 31 March.

Since its inception in 2010, the company has completed 505 cases, delivering a return on investment of 153% and money multiple of 2.5x.

Chief executive Steven Cooklin said: “In what was a very challenging year, the company has delivered a resilient performance demonstrating the robustness of our business model. As we return to more usual trading conditions, I am pleased to report that we are seeing strong growth in new case enquiries.”

Manolete was hit by the temporary measures contained in the Corporate Insolvency and Governance Act 2020, which were enacted in June 2020 and only ended in full by 31 March 2022.

As a result, it received 61 new case enquiries last month, the highest monthly level since July 2020.

Mr Cooklin said there was now likely to be “a material increase” in the number of insolvencies over an extended period of time, due to the backlog that has built up while the government measures were in force.

“This is likely to be exacerbated in a period of sustained inflation and the likely commensurate increase in interest rates and supply chain pressures.”

He added that Manolete completed a significant case for £9.5m shortly after the year end, and has received all of its costs and profit share in cash. This case has reduced net debt from £11.1m to £7.3m.

Manolete has drawn down a total of £13.5m of its £25m banking facility with HSBC to support the growth of the business.

The board has issued a final dividend of 0.5p per share, giving a total for the year of 0.89p.

Manolete’s share price peaked at 565p in May 2020, due to the anticipation of business failures, but have since slumped and closed last week at 300p.