Inquiry was “right to refuse” participants choice of lawyer 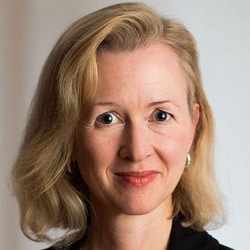 The High Court has upheld a decision refusing two ‘core participants’ in the infected blood public inquiry the right to nominate their own solicitors.

Mrs Justice Cockerill said inquiry chair Sir Brian Langstaff had properly applied the rules in requiring husband and wife Frederick and Eleanor Bates to choose from seven law firms that have already been approved to act for multiple core participants with the same interests.

The inquiry would otherwise become bogged down by a “proliferation” of legal teams conducting overlapping work.

Mr Bates discovered in the 1990s that he had been infected with Hepatitis A, B and C through his treatment for haemophilia, causing him to retire at the age of 33. This led to considerable financial hardship for his wife and children.

The judge noted that the couple have been “tireless campaigners for the proper recognition of, and compensation for, those affected with hepatitis viruses as a result of treatment with contaminated blood products”.

In February 2019, they chose London law firm MLaw to act in relation to the inquiry and the judge said they had told her “of the very great concern which they have to have available to them those legal representatives they have so carefully selected, and in whose expertise they have so much faith.

“This is very clear to me, and their position is, I should make plain, entirely understandable.”

But though Sir Brian accepted MLaw’s application to recognise the couple as core participants, he refused to designate the firm as their ‘recognised legal representative’.

He pointed to rule 7 of the Inquiry Rules 2006, which cover the situation where a core participant’s interests, and the facts they were likely to rely upon, were similar to those of other core participants, and it was fair and proper for them to be jointly represented.

If that was the case – which he considered it was here – he had no choice but to require the claimants to instead instruct a law firm already recognised for the purposes of the inquiry as representing others.

If they did not, they could take part as unrepresented core participants.

Cockerill J found no basis for challenging Sir Brian’s decision, describing his application of the rules as “faultless”.

Where the conditions were met, she said, the chair was under a “clear and unambiguous” duty to direct joint representation. There was no provision guaranteeing a participant of the lawyer of their choice.

She accepted too the defendant’s submission that, on the proper construction of the rules, if MLaw were designated as the claimants’ representatives, “it would then have been necessary to consider the position of other parties who were already represented by other lawyers, and the result would have been for other participants who had been represented by other firms for some time to move from those firms to MLaw.

“The claimants have naturally shied away from this conclusion, as it is obvious that the result, involving a waste of time and costs, would have been neither fair nor desirable…

“In that context, in my judgment, the chairman was correct to say that, having been satisfied that the conditions were met, he could not recognise MLaw as the claimants’ representative.”

Cockerill J added that the decision would not significantly disadvantage the claimants.

“They have the choice of being represented at public expense by any one of a number of reputable and experienced firms, which have been engaged in work on the inquiry for some time, and who have satisfied the chair of the inquiry as to their suitability…

“The defendant has to operate within the framework of the rules which are designed to prevent the process being slowed, and rendered unfeasibly expensive by proliferation of legal teams, much of whose work would overlap.”