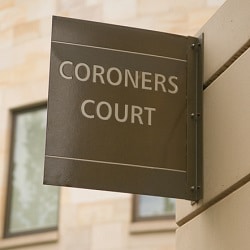 A claim that well-known law firm Leigh Day was negligent in its representation of the family of the deceased at an inquest has been dismissed by the High Court.

Mrs Justice Andrews said the claimant was unable to accept that an inquest “will not always succeed in laying to rest all the concerns of the family of the deceased, and that this situation may not be anyone’s fault”.

Leigh Day acted for Gabrielle Shaw, the daughter of William Ewan, who died aged 86 following an operation at Glenfield Hospital, Leicester in 2007.

He had undergone a newly developed ‘keyhole’ surgical procedure for patients who by reason of age and/or infirmity were not deemed suitable to undergo open heart surgery. During the operation, a blood haemorrhage occurred and Mr Ewan suffered a cardiac arrest. He died soon after.

Mrs Shaw instructed Leigh Day to represent the interests of the family at the inquest and later to act in clinical negligence proceedings against the hospital trust and Mr Ewan’s treating consultant.

In 2011, after a three-week inquest, the jury returned a narrative verdict, concluding that Mr Ewan’s death was the unintended consequence of a therapeutic procedure and that he had been informed of its risks, including that of death, before he agreed to undergo surgery.

Mrs Shaw sought to bring a judicial review of the inquest as a litigant in person – having been advised by Leigh Day and her counsel that there was no real prospect of success – which was dismissed by the High Court. The Court of Appeal refused a renewed application for permission to appeal that decision.

She then brought negligence proceedings against Leigh Day for having not elicited certain pieces of information during the inquest.

Andrews J noted: “The court will rarely hold a professional to be in breach of duty in the absence of assistance from a suitably qualified expert who can explain why in his or her opinion the acts or omissions complained of fell below the standard of professional competence that would have been expected in those circumstances. No expert evidence was called in this case.

“Of course, not every case of professional negligence requires expert evidence to support it, and there may be cases where the breach of duty is obvious… However, this is not such a case.

“An inquest is an inquisitorial rather than an adversarial process. Whilst interested persons have the right to make submissions at any [pre-inquest review] as to the scope of the inquiry, what evidence should be adduced, and what witnesses should be called, the final decision on all such matters is taken by the coroner.

“So long as appropriate representations are made, the legal representatives of an interested person cannot be held in breach of duty to their client if the coroner determines that certain evidence is not to be admitted or precludes a certain line of questioning from being pursued. That is exactly what happened here.”

The judge said a major difficulty with the case throughout had been “trying to ascertain why the matters complained of by Mrs Shaw are said to have amounted to a breach of duty, let alone a breach of duty which has caused her to suffer a recoverable loss”.

She continued: “Indeed, it is one of the more extraordinary features of this case that Mrs Shaw was constrained to concede in cross-examination that there was no evidential basis (whether cogent or otherwise) for any of the propositions that she criticised Leigh Day for not having pursued (or pressed the coroner to pursue) either at the inquest or in the clinical negligence proceedings.”

Andrews J said this was a case where Mrs Shaw was unhappy that she did not obtain all the answers she sought from the inquest.

“Having in consequence failed to achieve the closure that she sought, Mrs Shaw has convinced herself that someone must be to blame.

“She cannot accept that an inquest will not always succeed in laying to rest all the concerns of the family of the deceased, and that this situation may not be anyone’s fault.

“Although, like other judges before me, I have great sympathy for Mrs Shaw’s desire to get to the truth of what happened to her father, that is the position here.”

Andrews J concluded that none of the allegations against Leigh Day came “even close” to being established on the balance of probabilities.

“Indeed, I have had no hesitation in concluding that the criticisms that were made of them were completely unjustified.” The firm carried out its instructions “diligently and competently”.

Leigh Day stopped acting on the clinical negligence claim in 2012 after Mrs Shaw rejected a part 36 offer of £34,000 some months earlier.

She instructed new solicitors, Oldham-based Pearson Solicitors and Financial Advisers, who also acted in the negligence action, and in 2015 the defendants consented to judgment being entered against them.

A product liability claim against the manufacturers of a valve used in the procedure was struck out for showing no viable cause of action.