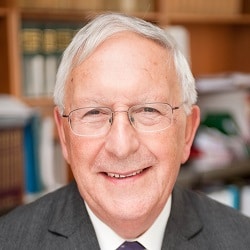 The Inns of Court are to re-enter the student training market and have today become the first to unveil plans to deliver the new Bar training course – and on a not-for-profit basis.

The Inns of Court College of Advocacy (ICCA) said it would be 30% cheaper than the average cost of the current Bar professional training course (BPTC) in London.

The old Inns of Court School of Law – which until 1997 had a monopoly over training would-be barristers – was merged into City University’s law school in 2001.

Under the Bar Standards Board’s Future Bar Training reforms, which are now being rolled out, there are four ‘managed pathways’ to qualification in a bid to move away from the more prescriptive approach of the BPTC.

They offer different combinations of the academic, vocational and professional stages of training, including an apprenticeship where all are combined into one.

One of the pathways splits the vocational component into two parts: a knowledge part to be completed and assessed prior to undertaking a skills part, focusing on advocacy and other soft skills.

It is this for which the ICCA has now applied to the BSB for approval, with a view to it starting in autumn 2020.

The average of cost of the BPTC across the eight current providers is more than £16,000, with BPP in London charging the most at £19,070, according to figures published yesterday by The Lawyer.

James Wakefield, director of the ICCA, told Legal Futures that the new course aimed to reduce the financial risk for students and improve access.

“Spending £20,000 on a course with a high failure rate and low pupillage success rate is a big decision.”

Mr Wakefield said pricing part 1 of the course at £1,000 would encourage students to “have a go”, before progressing if they passed or secured a pupillage, to part 2.

Mr Wakefield said it was not the original aim of the ICCA – launched in 2016 to replace the Advocacy Training Council – to deliver professional pre-entry training, but the “view emerged” that to encourage innovation, the inns had to “roll up their sleeves and get on with it”.

He said the ICCA wanted the course to “start small and grow over time”, so there might only be 100 students on the first part 1 course next year.

Part 1, covering civil and criminal litigation, will take around 12-16 weeks to complete and be geared to getting students through the BSB’s centralised multiple-choice assessment.

Mr Wakefield said the ICCA was developing a ‘virtual learning environment’ for part 1 students to study as they wanted, and expecting around a fifth of them to fail – about the same failure rate as the existing BPTC.

This part of the course will incorporate multimedia resources such as films, podcasts and quizzes, and students could take longer to complete it should work, caring or other commitments require it.

Mr Wakefield said online delivery of part 1 was a “huge cost saving for the student and the institution”.

There will be a two-stage selection process for the course, a ‘blind-marked’ paper sift with names and institutions removed, followed by a ‘selection event’, with a written and oral element, and an interview.

Part two of the course will run for 20 weeks, with intake scheduled twice yearly, and will be undertaken in person within the precincts of the Inns of Court.

Mr Wakefield said the ICCA was not attempting to “dominate the market”, and would gradually build up to around 240 part 2 students over a period of five to 10 years.

He added that the ICCA’s application to the BSB for authorisation for its new Bar course had been submitted last month and a decision was expected from the regulator by July.

Derek Wood QC, chair of the ICCA governors, said the new Bar course would provide students with “greater flexibility, high standards of teaching and less financial commitment upfront”, all on a not-for-profit basis.

Richard Atkins QC, chair of the Bar, commented: “As the approved regulator, the Bar Council welcomes greater competition in the market.

“The proposed ICCA course also seeks to drive down the cost to students of qualifying for the Bar and this is also something that the Bar Council encourages.”