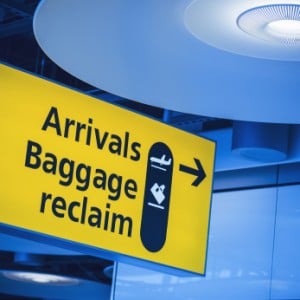 Delays: up to 600 compensation

The firm has brought small claims against 118 different airlines, recovering over £2.9m in compensation.

And the speed of claims is increasing – it took 10 months for the firm to complete the first 1,000 claims.

Passengers whose flights are cancelled or delayed by over three hours, or are denied boarding, are entitled to compensation of up to €600 under EU Regulation 261/2004, largely depending on the length of the journey.

If the delay is due to ‘extraordinary circumstances’, compensation will not be payable, but airline attempts to construe that broadly foundered in the Court of Appeal, which ruled in Huzar v Jet2.com that airlines cannot claim that ordinary technical defects are ‘extraordinary’. The Supreme Court refused leave to appeal.

The head of the flight claims team, litigation executive Kevin Clarke, said: “There has been a real appetite amongst consumers to hold airlines to account… Delivering a fixed-cost, high-volume, low-margin service to the mass market is hugely challenging and we have been able to push the boundaries of what is possible with innovative thinking.”

Mr Clarke said that a lot of the firm’s cases had been stayed pending the Huzar ruling and another successful Court of Appeal ruling on limitation periods.

“This is just the beginning for the flight delay team,” he said. “We’re committed to achieving as quick a settlement as we can for our 20,000 plus ‘live’ clients and we’re determined to ensure airlines acknowledge their liabilities under the regulations.”

Bott & Co provides a tool on its website so passengers can assess whether they have a claim and offers a free claim letter to send to airlines. But for those who do not want to deal with it personally, or are having trouble with their airlines, Bott & Co will handle it under a conditional fee agreement, taking 27% of the final award, after an initial payment of €25. It will take over cases part-way through.

The firm covers court fees (£150) and the cost of compiling expert reports (£750 each) if required. The claim process is heavily automated as the only way to make small claims profitable – the firm makes no more than an average of around £90 per case.

Bott & Co said it has access to “an unrivalled wealth of historical flight data and technical expertise” allowing it to put together detailed weather reports and reports to combat airlines’ arguments.

The idea for the practice came from a solicitor at the firm who tried to bring a claim himself and received a 12-page letter in response from the airline.

According to European Commission statistics, an average of 1.5% of flight to and from UK airports each year are delayed or cancelled by three hours or more and could potentially lead to claims.