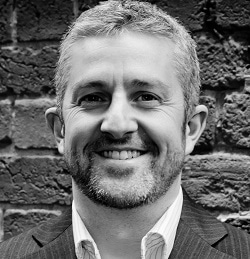 Greenaway: ABS licence is a gateway

An innovative Cardiff law firm has secured an alternative business structure (ABS) licence as it looks to private equity to expand what it offers the mergers and acquisitions market beyond legal services, with its corporate financier chairman also becoming a shareholder.

Greenaway Scott is already close to taking a majority stake in a corporate finance lead advisory business and at the early stages of a conversation with a seed investment/debt investment fund about bringing that into the group as well, according to founder and chief executive Nigel Greenaway.

Greenaway Scott is now in its fifth year of trading. It provides corporate, commercial and intellectual property advice to companies, with particular sector specialisms in the life science, technology, pharmaceutical and IT sectors. It works on fixed fees and retainers, only offering an hourly rate if clients want it.

With 22 staff, it is on track to turnover £1.2m this year. Mr Greenaway told Legal Futures that he believed the firm could reach £2m turnover within 12 months. Over the past year, it has opened offices at technology hubs in Swansea and Oxford, advising spin-offs from the respective universities as it looks to grow nationally.

He described the ABS licence as a “gateway” as it looks to expand geographically using the same model of working with universities and tech/life science hubs.

“To achieve this, we need to bring in external funding, and we have started the dialogue with a number of parties that have shown an interest.”

Non-executive chairman Peter Wright becomes a minority equity shareholder under the deal. A private equity investment executive by background, he was head of investment at Finance Wales plc

Mr Greenaway said the firm was “close” to taking a 51% share in the corporate finance lead advisory business.

“The target for the group is to bring on board complimentary businesses in the M&A space as we build it – for example a business angel network) – and that is why the ABS model is interesting. We see a niche in this commercial area for a group acting in a more co-ordinated manner.”