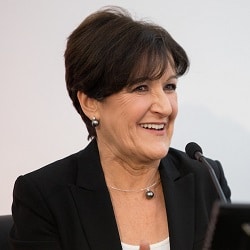 Stowe: Are you on the right high street?

Lawyers at high street firms looking to bring innovation into their firm’s cultures have been advised to find space away from day-to-day work pressures and ask if they would do anything different if starting out afresh.

Speaking at a Solicitors Regulation Authority event in Birmingham last week, successful entrepreneurs said firms should regularly ask themselves searching questions about the fundamentals of their business model.

Asked for practical ways smaller firms could approach innovation, Mr Chapman suggested finding some hours away from the workplace, or perhaps an away day.

Speaking about Riverview Law in its early years, he said: “Every year we took away the senior management team and the opening sentence was ‘We’ve all been fired. What we’re now going to do is create a business from scratch that kills our existing business. What does it look like?’.”

He continued it was aimed at “just finding the space to have the luxury to think about what kind of business you’re in, and making decisions based on that”.

Mr Cooke said the key was “obsessive client service”, adding: “The second rule is, there is no second rule, you have to work out what that is.” Service was the “wow factor” that made client keep returning.

He went on: “I think you really have to sit down and say ‘what is the service we are delivering, what does the client want, and how do we differentiate ourselves from the other firms?’ – that to me is the real key.”

Ms Stowe said high street firms should ask themselves: “Are you on the right high street?”

Further questions, she said, were “who are your clients, where are they based… are you in the right place, do you need to be in another high street where your clients might find you more attractive?”

She also underlined that “local marketing can be invaluable – don’t assume that national marketing is the requisite”.

The discussion focused on fixed fees versus hourly rates. There was a consensus that price certainty was useful to business clients. Only Ms Stowe said that, for family work, fixed fees were “not necessarily the answer”.

Mr Coleman urged law firm bosses to analyse the data they had, such as time-keeping records, to help set fixed fees. For example, rather than one fixed fee, firms could segment their service and charge for “chunks of work”.

Over time, analysis of those chunks may enable you to discern patterns, such as “this is pretty consistent; every time I do it, it takes me about four hours”.

Mr Cooke said fixed fees did not have to mean “cheap fees”. He contrasted a decorator on a day rate for working visibly between, say, 8am and 4.30pm, with a lawyer billing and the client “having no idea whether he’s on the golf course”.

When the lawyer submitted a bill, business clients commonly would not trust him.

He argued that the certainty of fixed fees showed “integrity at the outset”, which led to efficiency, more value, and ultimately the lawyer earning more money.

“You have to give more thought to it, but ultimately you have much happier clients as a result.”