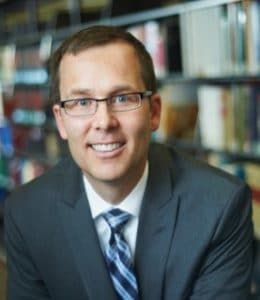 Top UK law firms are ahead of their US counterparts in the use of artificial intelligence (AI), an index of legal service delivery innovation has suggested.

The Legal Services Innovation Index, based on internet searches of law firm websites for indications of innovation, was devised by the College of Law at Michigan State University in the US.

Academics searched the websites of firms from the Am Law 200, Global 100, and the Canadian top 30, in August 2017. They looked for mentions of innovations in 10 categories, including data analytics, AI (including ‘machine learning’), blockchain (including ‘smart contracts’), and alternative fee arrangements.

In the results, by jurisdiction UK law firm websites returned 2,068 page ‘hits’ in total for the 10 search terms, compared to 672 for the US firms and 666 for Chinese firms.

The largest single category presence by far was 759 hits for AI among the UK sites. The number was way below 100 for the US and Chinese firms.

The second most popular among UK firms, according to the results, was project management, which returned 562 hits. Searches also included the term ‘project manager’.

The most significant innovation area among US firms was blockchain, which returned 260 hits – twice as many as the UK firms.

The index’s website described it as “phase 1, version 1.0: a curated catalogue of law firm innovations”, part of a pilot project and “not intended to be a ranking of law firms – at least not in its current form”.

Speaking to Legal Futures, the index’s author, Daniel Linna Jr, director of LegalRnD – the Centre for Legal Services Innovation – and a professor of law in residence at Michigan, cautioned that the results were subject to a number of caveats.

He said: “It’s just one attempt to add some data to the anecdotes. As an industry, the legal industry needs to become much more data driven…

“We are trying to get a sense for what firms are doing… I’m not really measuring what’s most important, which is an innovative culture from bottom to top where everyone is really engaged in solving problems and trying to provide greater value to clients.

“That’s what we really want to see, but as a starting point [we are] trying to get a sense for what’s going on.”

On the apparent preference among UK firms for AI-based innovation, he observed: “One could ask, is it just the UK firms are savvier about marketing this stuff to their clients?”

However, he went on: “But these are sophisticated clients of large law firms; most are sophisticated enough to scratch below the surface and ask the right questions and figure out what’s real and what’s marketing.”

He further cautioned that examination of the world’s largest law firms tended to favour UK firms that may not be representative: “It’s important to note here that in a sense we are not comparing apples to apples, because by using the Global 100 I’ve picked some of the top UK law firms, whereas in the US, for example, we are going much deeper in the pool by going down to 200.”

He said he could not conclude from the data that the regulatory environment in the UK was more conducive to innovation than in the US, adding: “We have other anecdotes to suggest that the culture and legal services models in the UK are fostering different forms of innovation… But it really deserves careful study.”

Professor Linna, himself a former litigator, said that the apparent uptake of blockchain in the US could be more about talking than actual developments: “This is one of the spaces where I’ve noted that we saw some false-positives in the large number of hits at some law firms – for instance if you have a practice group called ‘the blockchain group’… This could give you an inflated number of hits…

“But it’s an indicator – we definitely see a lot of firms that are talking about blockchain.”

Commenting on the launch of the index, leading legal commentator Jordan Furlong tweeted: “This is fantastic. It’s maybe the best resource I’ve ever seen emerge in the legal innovation space.”