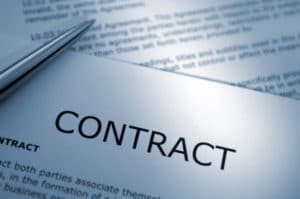 Efficiency innovations implemented by in-house counsel at just five big companies – such as artificially intelligent (AI) contract review – have brought annual savings totalling more than half a million hours of lawyer time, according to new guide.

The in-house counsel’s guide to change management – aimed at inspiring those in-house departments that had not yet innovated – was published by AI contract review platform LawGeex.

It found that major companies had harnessed automation and other innovations to make staggering savings. US banking giant JP Morgan topped the list, with 360,000 hours a year saved by using AI technology to review financial contracts.

Australian telecoms company Telstra had saved 40,000 lawyer hours a year through “low-level” but impactful changes, such as automating non-disclosure agreements and cutting the hours spent by the legal team in non-critical meetings.

The guide said in-house counsel were innovating due to internal cost pressures including to deliver efficiency savings without hiring; a trend toward in-sourcing; and a growing expectation that in-house legal teams would demonstrate “strategic direction” towards the company’s wider business goals.

Mark Chandler, general counsel at Cisco, said: “The legal world is one of the last vestiges of the medieval guild system to survive into the 21st century and that means there’s a lot of opportunity for constructive innovation.”

The guide gave a number of tips to in-house counsel wanting to bring about change, such as creating widespread ‘buy-in’ for the move across the business, having a clear overall vision and communicating it well, removing barriers to change, and creating short-term ‘wins’ to celebrate.

Drawing on the work of a psychologist, it cautioned that dealing with lawyers trained to be risk-averse meant “focusing on solutions that are well designed, and which clearly articulate the challenges and outcomes both personally and professionally” in order to appeal to them.

The guide concluded by quoting former general counsel at VMware Dawn Smith, who is now chief legal officer of major anti-virus software provider McAfee: “Unless we run ourselves as a business, are in charge of our own destiny, and can keep costs under control, then in five years someone will come and slash our budgets.”

Noory Bechor, LawGeex’s chief executive and founder, said: “Innovation is undoubtedly the hottest theme in law. Legal remains behind most other professions, but leading in-house lawyers are bringing fundamental, and lasting change. This is slowly transforming legal departments, businesses, law firms, and the wider economy.”