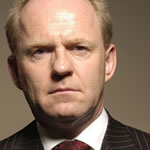 InjuryLawyers4u, arguably the UK’s leading solicitors’ marketing consortium, is opening up its panel for the first time in more than eight years.

There are currently 43 firms on the panel, collectively spending millions on advertising the service.

IL4U went live in February 2003, consisting of a small number of mainly north-west law firms clubbing together their marketing resources in order to benefit from economies of scale. It expanded the panel three months later and opened up for the last time in July 2004.

CEO Andrew Twambley, senior partner of Cheshire firm Amelans, said: “We operated as a closed and compact unit for many years, but now seems the right time to expand the brand and face the challenges posed to our industry in the lead up to April 2013 [the referral fee ban and Jackson reforms].”

He said the Solicitors Regulation Authority’s recent consultation paper on the referral fee ban provided comfort that the IL4U model will not be in breach of the provisions in the Legal Aid, Sentencing and Punishment of Offenders Act 2012.

The consultation noted that “the government has stated publicly that it was not their intention to prevent firms pooling their marketing resources”. It also said that a law firm marketing collective where each firm pays an equal share of the costs and enquiries are made to a call centre, which passes details of potential clients onto member firms on a rota basis, is unlikely to involve the payment of an unlawful referral fee.

Mr Twambley said: “We have a not-for-profit scheme, which is pure marketing, owned entirely by regulated persons/firms. Unlike other organisations, which are scurrying around restructuring and trying to make their business model fit (or appear to fit), we are concentrating on strategic forward thinking.”

He said others “will be rushing around trying to set up copycat models but with no brand and no trading history”.

Mr Twambley would not say if there will be a cap on the number of new firms that can join; each ‘slot’ on the rota costs £15,000 a year.

Firms have until 5 December to register their expression of interest. Click here [2].