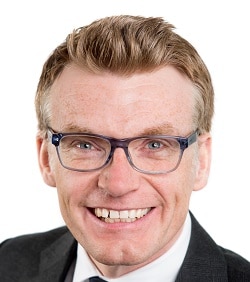 A leading north-west injury practice has received public money to back a link-up with academics that aims to develop ground-breaking artificial intelligence (AI) technology to support decision-making within the firm.

As part of this, two computer science PhD students have been recruited to work alongside in-house software programmers to explore AI innovations.

Fletchers has received £225,000 in public funding from Innovate UK – a government organisation that works with companies across the UK to drive forward technology and innovation. Under the terms of the KTP, the firm will match the sum with its own money.

Chief executive, solicitor Ed Fletcher, was tight-lipped about the exact nature of the project, but told Legal Futures that one aspect of the work would focus on developing “a decision-support system using computer learning”.

He said that in medical negligence there was “an awful lot of case law and statutes, knowledge [of which] does not reside within one super-lawyer or indeed a collection of super-lawyers”.

He continued: “What we are hoping to do is harness the brain power of over 100 med neg lawyers, and capture that and make it accessible to everyone within the organisation when considering cases.”

Fletchers was not aiming to market the resulting technology to other firms, he said, although nothing was ruled out in future. “Right now we’re doing it to create efficiencies and increase productivity within [our firm], and also improve the already excellent quality of legal technical advice that we deliver.

“I think it’s important to apply any tech advances and get your own house in order first, and iron out any wrinkles, before dreaming of unleashing this on the wider legal market.”

Mr Fletcher said he expected AI to be used in other areas of law and that apart from use in the commercial sphere, such as for contract review, he had not seen much evidence of AI being used “at the coal face”.

Last year Riverview Law joined with the same university department in a KTP to apply its expertise in text processing, network analysis, computational argumentation and data mining to legal services.