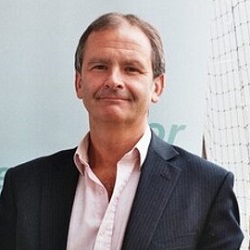 Those harmed by the NHS will “have to pay again by losing access to justice” as a result of government plans to introduce fixed costs, campaigners have claimed.

The Department of Health & Social Care yesterday published long-awaited proposals for fixed recoverable costs for fast-track cases, and significantly chose to set the fees at levels recommended by defendant representatives, rather than higher ones proposed by the claimant side.

Peter Walsh, chief executive of Action against Medical Accidents (AvMA), noted that the government consulted on similar proposals in 2017 and received a thumbs down from the majority of respondents.

He said: “It is shocking that the government is still pushing to bring in these illogical and potentially unfair proposals rather than looking at the root causes of high costs and addressing them…

“The government seems to have ignored the fact that the likely effect of these proposals would be that many people whose lives have been devastated by perfectly avoidable, negligent treatment will not be able to challenge denials or get access to justice.

“In effect, the very people that the NHS has harmed through lapses in patient safety will have to pay again by losing access to justice. If lawyers are unable to claim for time they spend overcoming denials of liability, injured people will not be able to get legal representation.”

Mr Walsh argued that the best way to save the NHS money was to improve patient safety to prevent these incidents in the first place, “and when mistakes do happen investigate them properly and make early, fair and appropriate offers of compensation without costly litigation”.

He said these proposals would create “a perverse incentive for the NHS to simply deny and defend” and could actually make treatment less safe because “many mistakes will no longer come to the surface or be learned from”.

It was, he added, “disingenuous” for the government to complain about the legal costs paid to lawyers if they won their case as they were operating under a system that ministers themselves created.

Speaking for the Association of Personal Injury Lawyers, executive committee member Suzanne Trask said it was “extremely disappointing that the starting point of these proposals puts a significant hurdle in the way of patients seeking the compensation they need to rebuild their lives after needless injury”.

“What is clearly needed now is an independent Patient Safety Commissioner to be a champion for patients, with wide-ranging powers to look at the patchwork quilt of initiatives, reports and recommendations and use them to create a cohesive strategy to reduce needless harm to vulnerable patients.”

Stephanie Prior, head of clinical negligence at London firm Osbornes Law, said she expected that many specialist lawyers would be unable to take on low-value claims under such a costs regime.

“While it is true that costs can spiral on cases, this is generally because the NHS lawyers sometimes drag out cases for an inordinate amount of time, which inevitably has to be paid for.

“If the NHS legal teams were more efficient, then these matters could be dealt with a lot more swiftly, meaning costs are significantly less.

“It would be far better for the NHS to look after the people it has wronged swiftly rather than seek to restrict their access to justice in this way.”

Qamar Anwar, managing director of First4Lawyers, said: “This all has a very familiar ring to it, mirroring what has already happened in personal injury for so called ‘lower-value claims’, where, despite the best efforts of the government, claimants have shown they still need legal help but are severely limited by the number of law firms able to help them.

“It is true that legal costs have risen in recent years. However, this is only in line with the overall increase in all costs associated with medical negligence claims.

Furthermore, NHS Resolution’s accounts for the year 2020/2021 show, in fact, that while its own legal costs went up, those of the claimants came down.

“The government should focus on finding out what is causing negligence in the first place rather than attacking the system that supports innocent victims when things go wrong.”