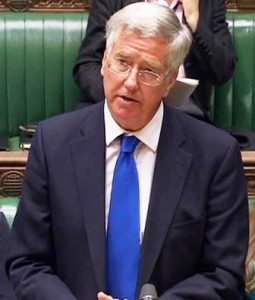 Disclosing documents relating to disciplinary proceedings against Leigh Day for its handling of Iraq war claims would involve a manual search of 5,000 documents and cost over £10,000, the Ministry of Justice (MoJ) has argued.

The details emerged in a ruling by the Information Commissioner’s Office (ICO), which found that the MoJ did not breach the Freedom of Information Act (FOIA) in refusing to disclose documents relating to the law firm.

The Solicitors Disciplinary Tribunal (SDT) dismissed all charges against the firm last summer in a majority decision, but the Solicitors Regulation Authority (SRA) announced in November that it would appeal to the High Court.

The disciplinary proceedings were highly politicised, amid unsubstantiated claims that the regulator was pressurised by the government to act.

Leigh Day was strongly criticised by the then defence secretary Michael Fallon following the al-Sweady inquiry that led to the SDT case, while Labour MP and former Solicitor General Harriet Harman wrote to the Attorney General last summer, demanding to know about the government’s role in the tribunal hearing.

A Matthew Jackson made a request under the FOIA that the MoJ provide copies of emails and other communications relating to the Leigh Day prosecution and SRA investigation, including communications with the SRA, SDT and Ministry of Defence.

The MoJ refused the request in October last year, relying on section 12(1) of the Act, which says public authorities do not have to disclose “if the authority estimates that the cost of complying with the request would exceed the appropriate limit”.

The limit is set at £600 for central government departments.

In its decision notice, the ICO said Mr Jackson responded by accusing the MoJ of trying to “artificially inflate” the amount of work involved and setting out ways in which the MoJ could limit its searches.

The ICO said: “The MoJ ultimately told the complainant that although information is held by the MoJ electronically, its systems would have to be searched manually.”

The MoJ calculated that it would “take approximately five minutes to search each record and we estimate that there are in the region of 5,000 electronic files/records that would need to be checked”.

It estimated that fully complying with the request would take staff around 416 hours to “locate, retrieve and extract” material.

The MoJ calculated that this would cost £10,415, and “at least 20 members of staff” would have to be contacted.

The ministry said that “a number of different teams in the MoJ… would have been in communication with the SRA and MoD, in relation to a whole range of issues, one of which would have been about the progress and timescales” of the prosecution.

The MoJ admitted that it had not carried out a sampling exercise in the Leigh Day case, but said it had done so for a “similar FOI request”.

The ICO concluded: “When dealing with a complaint to her under the FOIA, it is not the commissioner’s role to make a ruling on how a public authority deploys its resources, on how it chooses to hold its information, or the strength of its business reasons for holding information in the way that it does as opposed to any other way.

“Rather, in a case such as this, the commissioner’s role is simply to decide whether or not the requested information can, or cannot, be provided to a requestor within the appropriate costs limit…

“Even if the MoJ’s estimate of the time taken to locate and extract the information was excessive, from the evidence she has seen during the course of her investigation, the commissioner is satisfied that the MoJ has demonstrated that it would exceed the appropriate limit to locate, retrieve and extract the requested information.

“Section 12(1) does therefore apply and the MoJ is not required to comply with the request.”

The SRA, which is not subject to the FOIA, rejected a similar freedom of information request from Mr Jackson in November last year.