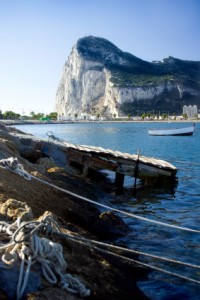 Lemma, the failed Gibraltar-based solicitors’ indemnity insurer, has left run-off claims worth around £25m to be borne by the financial services industry in the wake of its collapse last year, it has emerged.

A top Law Society official has warned that a future “insolvency event” could be “catastrophic” for the profession.

According to the annual report of the Financial Services Compensation Scheme (FSCS), there are around 800 protected claims against the insurer, the majority of which are solicitors’ professional indemnity (PII) claims. This means that each PII claim is worth at least £62,000 on average.

The firm had been operating as an indemnity insurer in the UK since 2008 and at its peak had a market share of almost 3%. Following its collapse, and that of Quinn – which had a 10% market share – the Law Society warned smaller firms about unrated insurer solvency.

The FSCS report, which revealed it had paid out at total of £326m in compensation to more than 85,000 consumers in 2012/13, said of Lemma: “Current indications are that protected claims might cost in the region of £25m.”

The Solicitors Regulation Authority last month decided to review its policy of allowing unrated insurers and consider whether to bring in financial eligibility criteria, after the Latvian insurer Balva collapsed earlier this year.

Lemma’s permission to trade was removed by the Gibraltar regulator in August 2012 but it had stopped writing PII policies before this date. The FSCS declared the company in default in October and since then has been working with liquidators to manage run-off claims against the company. In February 2013 the High Court approved a winding-up order.

Elliott Vigar, the Law Society’s head of regulation, said: “Our concern is that if a PII insurer with a large number of policyholders becomes insolvent, all solicitors will pay… where clients with valid claims against firms are not compensated there is significant risk of reputational damage to the wider profession.

“It was, relatively, fortunate that Lemma became insolvent after having effectively exited the market; however, the profession may not be so lucky next time. An insolvency event mid policy term would leave firms with 28 days to find alternate cover, at additional cost. Were that insurer to hold significant market share, a catastrophic market failure could result.”

Under FSCS rules, individuals and small businesses with a turnover of under £1m are entitled to 90% of the value of their claim under a Lemma-backed policy with no upper limit. As well as solicitors, Lemma insured domestic householders and legal expenses.

A proportion of the estimated £25m value of claims is likely to be for loss of premium, in cases where the policy allowed a return of premium in the event it was cancelled. Premiums of up to £30,000 paid by credit card can be reimbursed under the Consumer Credit Act 1974.