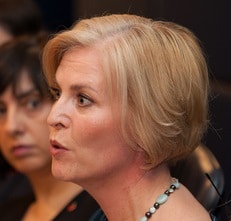 Blacklaws: SRA has provided no evidence of lower costs

Indemnity insurance reforms put forward by the Solicitors Regulation Authority (SRA) last month will damage the small firms the regulator is trying to help, a specialist law firm has warned.

Legal Risk LLP said most firms would have to buy more indemnity insurance if the minimum cover limit fell to £500,000, and “the cost of replacing the difference for the smaller firms they may hope to help will be significantly higher than any saving”.

The law firm, based in Liverpool, attacked the evidence gathered by the SRA for its second attempt at reducing the burden of indemnity insurance after its 2014 reforms were rejected by the Legal Services Board.

“They are based on a flawed dataset of 10 years’ claims, which omit the figures of insurers which have left the market and may be expected to have experienced some of the larger losses,” it argued.

Legal Risk said the plan to cut the minimum cover level for conveyancing firms to a higher limit of £1m would “still result in large numbers of small firms being removed from lender panels”, increasing costs for consumers.

On run-off cover, where the SRA proposes to keep the six-year term but reduce the minimum limit to £1.5m, Legal Risk predicted the cost of closing down firms would rise as they were forced to buy extra cover, “even in cases where they have been taken over and have a successor practice”.

The law firm said the “misconceived plans” would “create more scope for coverage disputes, for example aggregation or non-disclosure issues, resulting in greater need for firms to pay for separate advice”.

Legal Risk concluded: “In short, the proposals are most likely to damage those whom the SRA is trying to help.”

The reforms were strongly attacked last week by Law Society vice president Christina Blacklaws, who said she found it “baffling” that the SRA was proposing “further demolition of client protections”, on top of plans approved by the SRA’s board to allow solicitors to practise from unregulated firms.

“These proposals to reduce client protection are utterly misguided. It’s important that the insurance standards are reviewed, but we need to get the balance right between protecting consumers, protecting solicitors and promoting a competitive insurance industry.

“Premiums already reflect levels of risk in the work a firm undertakes, and cost is front-loaded into the first £500,000 of cover, so the idea that the current system is unfairly ‘one size fits all’ is nonsense.”

Ms Blacklaws said the SRA had provided no evidence to show their proposals would result in lower costs for solicitors or their clients.

“Brokers have told the Law Society these proposals are unlikely to result in lower premiums, so it’s hard to see how clients could possibly benefit from any savings being passed on, but it’s easy to see how they might suffer.

“No other profession in the UK offers their clients such comprehensive or robust protection and this is one of the distinctions that underpin public trust in the legal sector, and solicitors in particular,” she said.