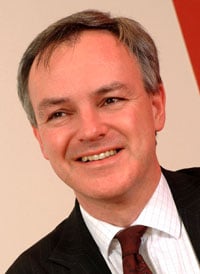 The number of larger professional indemnity claims is increasing, undermining the case for a cut in the minimum cover for law firms from £2m to £500,000, an industry expert has argued in a letter to the Legal Services Board (LSB).

As the LSB considers whether or not to approve the cut in compulsory cover proposed by the Solicitors Regulation Authority (SRA), Frank Maher, partner in Liverpool law firm Legal Risk, has joined the Law Society in writing to the super-regulator in a last-ditch bid to block the move.

In the letter, Mr Maher said that further research was needed into the number of claims exceeding £500,000 because “in our experience and that of insurers, the number of larger claims is increasing”.

He went on: “We are advising a small firm at present on a claim for £12m where top-up insurers have avoided the policy for non-disclosure, leaving the firm with its primary cover of £2m; if the changes were in place, there would only be £500,000 cover.”

He said the proposed reduction in minimum cover was “not solely a small firm issue”, because larger firms had failed in recent years, which might often have carried out higher-value work. In some cases, Mr Maher said their “partners and staff are dependent on the compulsory minimum level of run-off cover”.

Mr Maher warned of the dangers that insurers might increasingly treat multiple claims as one claim, referring to the pending High Court case of Godiva Mortgages v Travelers Insurance Company, in which the SRA has intervened.

“A large majority of respondents to the application, including the Law Society and the City of London Law Society, opposed the reduction. In so far as the interests of solicitors and their staff are affected, considerable weight should be attached to their views.

“The problems of the current scheme, evidenced by the 4,500 or so policies underwritten by insurers who have become insolvent, require a fully informed debate with sufficient evidence and time to assess the impact of any reform. The six weeks allowed by the SRA have not allowed that to happen.

“The issues need addressing in the round, and not through hasty, piecemeal amendment, which will wind the clock back quarter of a century: £500,000 was the limit in force until 31 August 1989, after which the Solicitors Indemnity Fund limit increased to £1m.”

Mr Maher called on the LSB to reject the SRA’s application.