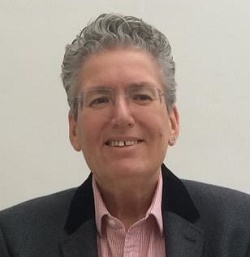 The incoming chair of the Office for Legal Complaints – the body that oversees the Legal Ombudsman – is to sell her investments in two leading alternative business structures (ABSs), it has been confirmed.

The fact Wanda Goldwag had them only came into the public domain last Friday, after Parliament’s justice select committee approved her appointment following a scrutiny hearing earlier in the week.

As Legal Futures reported when she was named as the Legal Services Board’s (LSB) preferred candidate, Ms Goldwag has been an adviser to private equity firm Smedvig Capital since 2000.

Smedvig is invested in both MyHome Move – which owns Premier Property Lawyers, the first ABS to be licensed in England and Wales – and Kings Court Trust, a leading probate provider that entered regulation as an ABS licensed by the Council for Licensed Conveyacers.

She declared holding a “very small” stake – less than £10,000 – in each of them, and in a letter to the committee said she would “of course ensure that any risk of conflict of interest is properly mitigated”.

In a statement yesterday confirming her appointment, the LSB said: “Ms Goldwag has confirmed that as she has been appointed as OLC chair she will be disposing of her shareholdings in MyHome Move and Kings Court Trust as soon as it is practical.”

Meanwhile, Rebecca Hilsenrath – the former chief executive of solicitors’ pro bono charity LawWorks – has been appointed a ‘non-lay’ member of the OLC.

Ms Hilsenrath has been chief executive of the Equality and Human Rights Commission since October 2015.

She qualified as a solicitor at City giant Linklaters before moving to the Government Legal Service, and later establishing two new schools, setting up the National Pro Bono Centre in Chancery Lane and sitting on the boards of a number of charities and advice agencies, including the Bar Pro Bono Unit and the Mary Ward Legal Centre.