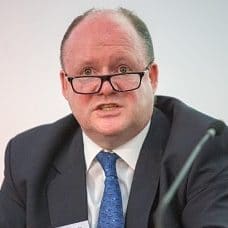 Listed law firm Ince Group raised £12m through a placing today – with a further £4m in the pipeline – in a bid to support growth and its balance sheet, but saw its share price crash as a result.

The shares were placed with existing and new institutional shareholders at an issue price of 45p. Having closed yesterday at 89p, the price collapsed to that level this morning, and at the time of writing was 47.5p.

The move comes a year after it raised £11.5m from a share placing.

Ince told the market that the proceeds would be used to reduce the amount of the group’s drawn-down working capital facility – leaving it “to accommodate peaks in working capital needs” – and for general working capital purposes as expansion requires, “which will leave the group again with a strong balance sheet”.

“In particular, the group wishes to continue with its programme of partner recruitment, especially in the overseas offices to bolster and enhance their existing practices. Opportunities to make lateral and team hires are coming to the group.”

Chief executive Adrian Biles said: “This marks the completion of the Ince merger. The Ince transaction was in two parts: the UK business was acquired in December 2018, and the overseas offices joined the Group in April 2019.

“The closer overseas integration has completed the establishment of the platform as an international brand, with a world-class offering.”

Mr Biles said the new money would ensure Ince “can continue to capitalise on market opportunities, including new lateral hires”, saying the group was “on track to deliver outstanding growth”.

“I am very pleased that so many of our existing investors and some new institutional shareholders have supported this fundraise albeit at a significant discount to the market price of the company’s shares, which is an unfortunate feature of the current market conditions.”

The Ince share price has been on a downward trend during an at-times difficult year following what was then Gordon Dadds Group’s acquisition of Ince & Co. It began 2019 on 172.5p but finished it a third lower on 115.8p.

The placing is conditional upon the approval of shareholders at a general meeting next month.

Meanwhile, Slater & Gordon has increased its funding facility with VFS Legal Funding by £10m to £30m. It said the backing would help it to “accelerate” growth plans and investment in technology, with an eye to this year’s whiplash reforms.