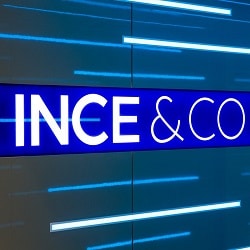 Current and former partners of what was Ince & Co have made claims of nearly £16m to its administrators.

However, there is no indication that these claims will be satisfied anywhere near in full.

We reported in March that Ince owed creditors £34m when it went into administration – a figure that has now grown – and was sold in a pre-pack to Gordon Dadds, after partners refused to bail it out.

Ince was made up of three LLPs: the London LLP, the international LLP and a services company LLP.

This includes a cross-guarantee claim from RBS of £6.3m and a professional indemnity claim of £3.5m.

In addition, the administrators have received 29 claims, totalling £15.8m, from current and former partners in relation to capital and current account balances, tax reserves and other amounts owed.

The report said the intra-group balance was included in the sale and purchase agreement with Gordon Dadds.

In March, Quantuma said the creditors of the main LLP were likely to recoup 21.8p in the pound, while the international LLP’s creditors would barely recoup anything. Creditors of the services company should receive 3.5p per pound, it said.

However, the update said simply that a dividend to unsecured creditors was “expected”, but the administrators could not confirm the amount at the moment.

It said the administrators have recovered book debts of £1.3m in the first six months of the year.

Earlier this month, Gordon Dadds Group PLC said it was set to change its name to ‘The Ince Group PLC’.