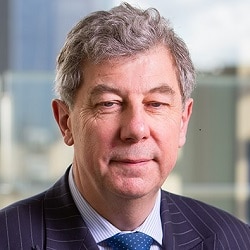 Tantam: Estate agents under a lot of pressure

Listed law firm Ince has launched a product to help estate agents onboard clients in a way that meets the demands of anti-money laundering (AML) regulations.

Mark Tantam, UK managing partner and global head of consulting at Ince, said that after the property sector the onboarding platform could be offered to art dealers and crypto firms.

Mr Tantam said the uniqueness of the service, which is yet to be named, lay in its overall concept and in being the “first integrated software solution of its kind”, rather than in its individual parts.

“Estate agents can go through all these procedures, and engage with the law firm if there are any problem areas, digitally.

“I’m not saying that estate agents should be engaging purely digitally with their clients, but for some transactions it provides a pretty seamless way to meet their legal requirements.

“People using a tool like this are probably already following the correct AML procedures but this should cut down the cost and allow them to do more in the time available.”

Mr Tantam said Ince had been using eLegal’s workflow tool to onboard clients itself for the past six months and licensed it to another, medium-sized London law firm.

He said the solution targeted estate agents, dealing with both commercial and residential property, because they were under “a lot of pressure” to get up to speed with the new AML procedures.

Mr Tantam said that having launched the product last month, functionality was being finalised by Ince at the demo stage prior to a roll-out later this month.

Mr Tantam began his career working for the Crown Prosecution Service and Serious Fraud Office before joining Deloitte, where he was a partner for over 20 years, heading the forensic business before becoming interim leader and later vice-chairman of Deloitte Legal. He joined Ince in 2019.

He said the legal advice element of the service was separate, but where there was a need for legal input, a button could be pressed which would automatically download the question and the background and send it to the Ince legal team.

After the property sector, the strategy was to offer the new service to sectors new to AML regulation, such as “the art world and the crypto world”.

He added: “There are always money launderers seeking to undermine the system.”

Mr Tantam said he did not believe the pandemic had increased the number of money launderers, but it had made it harder to identify them.

Earlier this year, Ince launched what it called the first integrated legal advisory, business consultancy and technology offering for the maritime sector.