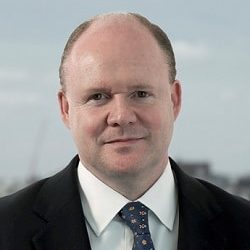 Listed law firm Ince Group has had its brand valued at £17m, it announced yesterday as it unveiled turnover up 87% to £98.5m, reflecting the full impact of the acquisition of Ince & Co.

What was then Gordon Dadds Group plc bought the City shipping firm at the end of 2018 and the turnover of the renamed group is now nearly four times that of when Gordon Dadds listed three years ago – although it missed its target of hitting £100m in the year to 31 March.

Underlying organic growth was a more modest 5%. Operating profit rose 72% to £26m, with adjusted profit before tax up 36% to £8m.

Turnover also fell in real estate and family & private client, the two other areas for which turnover figures were provided.

With the UK operation generating £64m, Greater China (£19.6m) was the dominant overseas operation, with Dubai next on £4.9m.

Earnings per share dropped 22% to 14.9p following a share issue in February that raised £14m. Ince paid a dividend of 4p in the year and had declared a further dividend of 2p for April, but cancelled this as the Covid-19 pandemic struck.

Chairman David Furst said: “Various governmental programmes which have been helpful to the group will expire or be reduced over the next few months and there will be obligations to pay back some of this funding.

“Accordingly, the board does not believe it prudent to propose a dividend at this time.”

The group said the first quarter of the current financial year was down 10% on budget. Its Greater China have reopened and are performing “ahead of our expectations”.

“The EMEA and UK offices started re-opening later and are showing encouraging signs of a return to normality.”

Chief executive Adrian Biles told investors that, in the light of “increasing evidence” of the strength of the Ince brand, it had adjusted the balance sheet to ascribe a third-party valuation of £17m to it.

“We recognise that the business is ‘sticky’ to individual partners but is stickier to the Ince brand where clients have multiple touchpoints,” he said.

Finance chief Simon Oakes added: “We have also received initial guidance that the efforts we have invested in developing the brand have significantly increased this value since acquisition.”

The stock exchange announced also recounted how, now that it owned a copy of the basic source code for the group’s practice management system, it has been developed to deal with all London transactions regardless of origin of the transaction or execution or currency.

It will then be installed in all overseas offices over coming months, “becoming one of, if not the only, independent multi-office, multi-currency practice management systems available to UK based businesses which is not associated with a major data supplier and therefore subject to that supplier’s own commercial imperatives. We believe that this is a significant competitive advantage”.

Mr Biles said: “Throughout the year we have recruited exceptionally high-quality partners in the marine, aviation, energy and insurance sectors, expanded the overseas offices and moved into exciting high-growth sectors.

“Also we have welcomed Rampart Corporate Advisors Ltd together with a team of senior shipping colleagues from Bentleys, Stokes and Lowless to the Group.

“We are continuing to realise the full potential of the Ince brand and our first-class people.”

The Ince share price has been on a downward trend since the 2018 deal. It began 2019 on 172.5p but finished it a third lower on 115.8p, and then collapsed to 46.5p following the share issue. Having suffered like the rest of the market in March because of Covid-19, the shares closed yesterday down 6% at 27p.