Inappropriate behaviour by potential QCs “not being recorded” 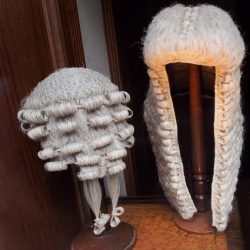 Potential QCs: Judges do not see some conduct

The current process for awarding the title of QC does not allow “sufficient opportunity” for inappropriate behaviour witnessed by opponents or even court staff to be recorded, the Law Society has warned.

The society said members had reported “unprofessional and dismissive” behaviour by opposing advocates in correspondence, which would not be noticed by the judge involved.

The awarding body, Queen’s Counsel Appointments (QCA), is consulting on changes to its competency framework, which would create a separate sub-competency linked to the section on integrity under the heading ‘commands confidence’.

In the current competency framework, QCs are expected to be “honest and straightforward in professional dealings” with the court and with the parties, always behaving “so as to command the confidence of the tribunal and others involved in the case”.

The Law Society agreed with the QCA that a separate sub-competency on the issue of confidence should be created.

“It is recognised that, other than where there has been a professional disciplinary sanction, the current process does not allow sufficient opportunity for the inappropriate behaviour by advocates to be recorded during the application process.”

The society said there had been “recent high-profile examples” of QCs being subject to disciplinary action after making allegations about other silks in a case.

“Our members, however, have reported first-hand accounts of encountering unprofessional and dismissive behaviour between the opposing counsel during correspondence on a case and highlighted specifically this taking place in the absence of a judge.

“It is acknowledged that, whilst the party in question was competent, highly skilled and polite in the presence of the judge, the proposed sub-competency seems appropriately designed to address this problem and can ensure such examples are recorded where relevant as part of the selection process.”

The society said this could be a “challenging area” for an advocate, particularly when QCs were “expected to be fearless and advance their client’s cases robustly if and where necessary, particularly in the criminal context where advocacy can become tense, and on some occasions, confrontational”.

The society said this should be taken into account in the QC selection process, and to avoid “fearless advocacy in difficult and challenging cases” being prevented, ‘reasonable belief’ should feature in the new sub-category.

Under the society’s amended wording, a potential QC “does not make assertions or allegations that he or she does not reasonably believe are supported by proper factual basis or (where appropriate) instructions from the client”.

The society proposed that the existing system for consulting senior judges when checking integrity should be extended to cover the ‘commands confidence’ sub-competency.

“Caution should be applied to the extent to which anecdotal evidence assists the selection panel in such scenarios of reporting behaviour.

“Judges will not be privy to what the client’s instructions are and any such evidence should be pursued fairly.

“The selection panel should guard against inadvertently setting a restriction on robust advocacy where this is required, particularly in the criminal court.”

The society said the “vast majority” of solicitor applicants for silk were international arbitration specialists whose work mainly took place outside the courts.

“We would suggest that consideration should be given to asking candidates to provide the contact details for the presiding arbitrator in each case relied upon, so that the assessors could ask them specifically about the integrity and commands confidence competencies, even if those persons are not referees.”

The society said that for advocacy performed in the courts, judges should be encouraged to consult colleagues on the new sub-competency and not be limited on whom they consult.

“In the case where court staff may witness behaviour that would not be repeated in court before the judge, it is imperative for the process to allow any such accounts to be recorded.

“It is accepted that it may be difficult to obtain reliable anecdotal evidence that is not tainted by hearsay or a personal grudge and this may cause a hurdle in the way of this proposed sub-competency.”