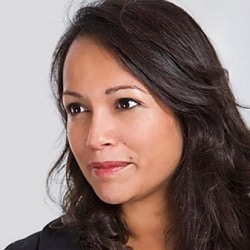 SenGupta: In many ways in-house lawyers use technology better than those in private practice

A not-for-profit training institute for in-house lawyers is aiming to transform those often portrayed by other staff as “digital laggards” into digital leaders.

Reena SenGupta, executive director of the Digital Legal Exchange (DLEX), said she did not know of a single in-house department which could be called “a truly digital one”.

Ms SenGupta went on: “In-house lawyers have been seen as digital laggards and slow to adopt technology, often because they have been last in line when it comes to resources to spend on it.

“However, their work cuts across all the functions of a business, making them a critical component of digital transformation. The aim is to make them into leaders.

“In many ways in-house lawyers use technology better than those in private practice. Corporate legal departments have pressurised law firms to be more efficient and do more with technology, but sometimes it has gone the other way.”

DLEX is based on a collaboration between global legal services company UnitedLex and US IT company DXC Technology.

Ms SenGupta, chief executive of RSG Consulting, said DLEX functioned in three main ways – as a training institute encouraging digital transformation, as a “repository of know-how” for in-house lawyers and as a place where ideas were exchanged.

It has an internship programme which places law students in in-house departments for four to six weeks. This summer it will be extended from two US universities to include students from the UK.

Ms SenGupta said DLEX had held two workshops since launching at the end of last year. The first one, held in New York in March, with senior executives from Pearson, was a face-to-face event.

The second, held two weeks ago with executives from US multinational 3M, was held entirely on Zoom because of Covid-19. Ms SenGupta said all workshops would be virtual events until the pandemic was over.

She said all workshops were bespoke, depending on how far corporate legal departments had progressed on their digital journeys, and they would be free until the autumn, when DLEX would need to start covering its costs.

Ms SenGupta said the virtual workshop with 3M was exciting in that it involved teaching middle-aged executives, who were not “digital natives”, to be digital.

It involved “probably the most successful whiteboarding exercise I have ever seen”, because a digital map could be created immediately of the workshop’s “entire thinking”.

However, the strength of the face-to-face workshop was in its “team bonding” and connectivity, and the trust that could be built from that.

Ms SenGupta said the aim was for DLEX to have run 12 workshops by the end of August and to run six to 10 a month by September.

“It makes it much easier for us to achieve our targets when all the events are virtual. The whole logistical element of trying to get 14 executives together from offices all around the UK has completely disappeared.”

Ms SenGupta said a number of in-house departments at some of the UK’s biggest companies, which she did not name, were signed up.

“There isn’t really any corporate legal department which could be called a truly digital one. Our aim is to help all of them.”

The executive chairman of DLEX is Mark Cohen, chief executive of Legal Mosaic, and the chief faculty advisor is Michele DeStefano, professor of law at the University of Miami, who runs the global Law Without Walls programme.

“What is so interesting about the pandemic is that it has suddenly forced people to think about how they work from home and the technology they use,” Ms SenGupta said. “It’s such an extraordinary moment.

“Things will be very different for the legal profession. The appetite for business travel will not be coming back for a few years and a lot of lawyers will be delighted they do not need to get on planes.

“Everyone will be doing remote working and it will be interesting to see what the balance will be between working at home and in the office.”