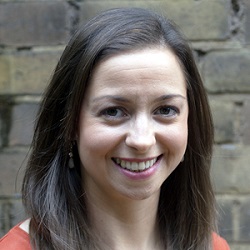 A law firm which specialises in services for in-house legal departments is evolving its model by taking on trainee solicitors and offering a “very different” type of career to traditional firms.

Mr Noon said the initial idea was that the firm, based in Liverpool and launched in 2017, would train up a mixture of qualified solicitors and paralegals to work mainly for financial services firms.

Mr Noon worked as an in-house lawyer at the Universities Superannuation Scheme and Ms Cannon as legal counsel at international investment bank Commerzbank. Before that Mr Noon had worked for DLA Piper and Ms Cannon for Allen & Overy.

Mr Noon said both he and his wife had worked on investment projects such as wind farms and toll roads.

“We found that there was lots of work that we were too senior to do, but we did not want to send to law firms.”

He said that rather than leaving In-House Legal Solutions after two or three years, the paralegals they recruited stayed with the firm, so they decided to adopt a new strategy to “give people a career from start to finish”.

Their first trainee started an 18-month contract at the end of last year and will qualify in June 2022. Mr Noon said there would be four trainees by the end of this year.

“The vast majority of our work comes from London and beyond, and most of our clients are international, based in countries like the US, Canada or Australia. We’re training up lawyers who would otherwise have gone to London.” 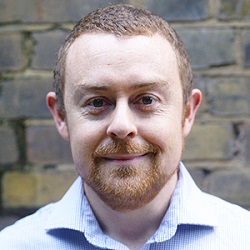 Mr Noon said the firm’s main work so far had been in transaction support solutions, for which it charges fixed fees, often for large investment funds.

He said In-House Legal Solutions was now going beyond transaction support by offering clients an external legal team solution for businesses which did not have their own in-house legal department.

“We can operate basically like a bank of external in-house lawyers, charging fees which are probably half what most other firms would charge.”

Ms Cannon said the firm was owned by her and her husband as directors and was not “equity driven”. There was no need for billing targets, which was good for lawyers’ mental health.

She said there was “definitely a slowdown” when the pandemic struck, but being a small firm made it easier to respond and by the last quarter of 2020 things had become very busy.

This had continued and five staff had been recruited this year. The firm now has six solicitors and six paralegals. Mr Noon said that because there were no partners, the business could cope with a lower profit margin and make sure its staff were well paid.

“When you become an in-house lawyer, you forget the whole partnership thing. It’s an interesting way of life.”

Ms Cannon added that the problem with many consultant-led firms was that they did not pass on their knowledge.

“We’ve created a career path that is very different to what you would find at an ordinary law firm.”