In-house solicitor with triplets was victim of discrimination 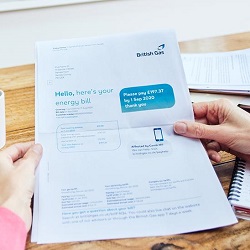 British Gas discriminated against and unfairly dismissed an in-house solicitor who returned to work part-time after having triplets, an employment tribunal has ruled.

Employment Judge Gumbiti-Zimuto said the fact Gemma Long was a mother with young children was “unconsciously being held against her” and she was seen as less focused as a result.

The judge said Ms Long was also the victim of a “discriminatory performance capping policy” – because of her absence due to maternity leave, her annual performance could not be ranked as any higher than “achieving expectations”, even though in an appraisal a few months after returning to work in 2017 she was actually rated as exceeding them.

“The respondent has put forward no defence or explanation for the policy. The policy operated in a discriminatory way against women.”

The tribunal heard that Ms Long, who qualified in 2000, began working for British Gas in 2012 as intellectual property counsel.

Her maternity leave began in May 2016, and she returned to work in September 2017, working part-time from Monday to Wednesday from 8am to 4pm.

At the relevant time, she was the mother of two-year-old triplets and a son with “significant” additional needs.

Ms Long said that, after she received a pay rise in September 2018, she started to feel pressure from Ms Hartnell to work on her non-work days.

One email from Ms Hartnell said a “flexible approach to work would suggest you keep an eye on email (in the way I do on my day off and other full-time employees do over the weekend)”.

Judge Gumbiti-Zimuto also quoted an emails from Ms Wells to Ms Hartnell, which said: “Are you going to speak to Gemma this week about not dropping everything when she leaves on Weds?… I’ve also told her that the work doesn’t stop at 4pm on a Wednesday.”

He went on to highlight Ms Wells’ “unreasonable criticism of the claimant” in relation to a particular matter, which she said was “congruent with the attitude evident in the correspondence between Vicky Wells and Sarah Hartnell that suggests a dissatisfaction with the claimant’s working time”.

In Ms Long’s 2018 end-of-year performance review, Ms Hartnell rated her as “below expectations”.

She told the tribunal that she had concerns about Ms Long’s performance during the year, but it found no evidence that the two had spoken about them before the review.

In June 2019, Ms Long was told she was at risk of redundancy; she was in a pool of two people, of whom one would be made redundant.

As part of the process, Ms Hartnell completed a form that asked about Ms Long’s historical performance rating.

The form emphasised that where an employee had been absent due to maternity leave for the greater part of two performance cycles – which Ms Long had been – the rating from the previous year should be used because of the capping policy.

However, Ms Hartnell failed to do this, using the 2017 rating instead of 2016’s. Further, she scored Ms Long as one out of seven for ‘focus’, meaning she “rarely” demonstrated it.

However, in her evidence to the tribunal, Ms Hartnell accepted that Ms Long’s focus on trademarks was good, and that this made up the lion’s share of her work. The tribunal ruled that this score was “irrational”.

Her dismissal was confirmed in July 2019 and upheld on appeal.

The following month Ms Long issued a claim for unfair dismissal, sex discrimination, equal pay and less favourable treatment on the grounds that she was a part-time worker.

British Gas denied the allegations and said the solicitor was fairly dismissed on the grounds of redundancy.

The judge said the tribunal could infer from the various emails and events that “the claimant’s personal circumstances as a mother of young children was unconsciously being held against her”.

It concluded that Ms Long was treated less favourably than a full-time male worker.

On the question of unfair dismissal, using the wrong performance rating in the redundancy scoring matrix had “an obviously discriminatory effect”.

There were other flaws, including a failure to consider how a long-serving employee like Ms Long could be fairly compared to the other member of the pool, a short-serving employee.

On equal pay, the judge said Ms Long’s complaint was well founded, because British Gas failed to show that the difference between her pay and a newly appointed male colleague at the same level but with nine years less experience, who earned £80,000, did not involve treating her less favourably because of her sex.

“The evidence put forward of market forces [as the reason] is just an assertion by the respondent’s witnesses that ‘Ian’ from HR gave that advice,” the tribunal said.

“The exact nature of the advice is not clear, what it was based on is unexplained and whether it was reasonable to act as the respondent did is not ascertainable.”

The case will now move to a remedy hearing.