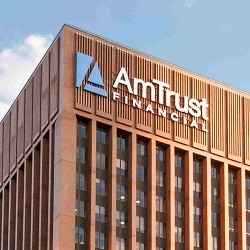 AmTrust: Process not fair or reasonable

A solicitor working in-house as a professional indemnity claims manager at a leading insurer has won his claim for unfair dismissal.

However, the employment tribunal found that, had AmTrust Management Services followed the correct procedure, it would likely have been justified in dismissing Mr C for sending 44 emails containing privileged, sensitive and confidential information from work to a personal account.

His practice of covertly recording meetings he held with colleagues was a breach of contract too, according to Employment Judge Quill, sitting in London.

As a result, the damages awarded were significantly reduced.

Mr C, who qualified as a solicitor first in Australia and later in England and Wales, worked for AmTrust from May 2011 to February 2019, at which point his salary was £120,000 plus discretionary bonus.

He began recording conversations from September 2018, when a reorganisation led to one of his colleagues becoming his manager and him being allowed less independence as part of policy changes.

Mr C thought there might be a time in the future when he would want to resign and allege constructive dismissal, Judge Quill recounted.

“The claimant did genuinely believe that he was being treated badly. He believed that if he made recordings then would capture evidence that showed that he had been treated badly and that he could decide, at some future date, whether to, and how best to, use the recordings.”

Mr C said he disclosed during the litigation all the recordings he made and had not deleted any that were not favourable to him . While it was impossible to know, the judge said, “I will base my decisions about the recordings in reliance on the claimant’s testimony on oath to that effect”.

On 4 February 2019, Mr C was told that a broker client had raised “serious allegations” about his conduct, and that his manager had specified “issues” too. A fact-finding meeting was arranged to decide whether to pursue disciplinary proceedings.

Three days later, Mr C sent the emails, which contained privileged legal advice and personal data of AmTrust colleagues and also people involved in claims his team was handling. He said he did so in order to prepare a defence to the allegations levied against him.

This was picked up by the IT team and, a day later, AmTrust suspended Mr C for sending confidential information outside the company, although there was no rule which expressly forbade this. He was dismissed on 13 February.

But Judge Quill concluded that AmTrust did not use a “fair or reasonable process”.

He found that the decision-maker, the chief executive, was not in full possession of all the information Mr C had mentioned during the suspension meeting, “let alone any additional points that the claimant would have made during an investigation (if he was interviewed) or during the disciplinary hearing (that the respondent’s policy mentioned would take place if the investigation decided that there was a case to answer)”.

The process employed between 13 February and the appeal decision on 7 June to uphold the dismissal was also not fair and reasonable for several reasons, including the time it took and the failure to supply Mr C with a copy of an email from AmTrust’s chief information security officer (CISO) which explained that such data transfers were not necessarily sackable offences.

It was during this period that Mr C’s solicitors revealed that he had recorded various meetings and quoted from them.

Judge Quill went on to consider whether to make a Polkey deduction from the compensation award – this reflects whether Mr C would have been dismissed anyway but for the unfair dismissal.

“My judgment is that if the claimant did not disclose the covert recordings, and instead focused purely on a defence that the 7 February emails were a good faith mistake, and if he had access to [the CSIO’s] email, then there is 50% chance of a fair dismissal.

“However, if the claimant did disclose the covert recordings, I think it is very likely indeed that he would have been dismissed and dismissed fairly.”

The judge noted that Mr C “did not just record managers whom he said had been telling lies about him”, but also HR personnel.

“My opinion is that [AmTrust] would have been very likely to decide that the claimant was trying to build a case against it and that it was not possible to have trust and confidence in the claimant.”

He reckoned it was “highly likely” that Mr C would have disclosed the recordings and so ordered an 80% Polkey reduction.

He then awarded a 20% uplift on the compensatory award for AmTrust’s failure to comply with all of the ACAS code.

But Judge Quill ordered a further 25% reduction to both the basic and compensatory awards for Mr C’s contributory fault, sending the emails without permission or checking GDPR requirements, as well sending more data than he would have needed at the fact-finding meeting.

“The claimant’s blameworthy conduct is a significant reason for the dismissal,” he said.

The judge rejected Mr C’s claim for breach of contract, finding his conduct in sending the emails and in covertly recording staff to be repudiatory breaches of contract

Judge Quill recorded that the parties had “agreed terms as to remedy and all other matters arising out of each of the complaints, and there is no need for further order by the tribunal and the proceedings are at an end”.