In-house lawyers will have to deliver more for less, survey finds 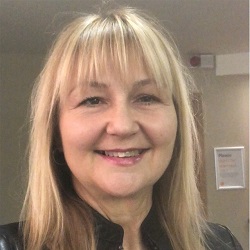 Butcher: Legal operations teams have been able to demonstrate their value

Almost two-thirds of in-house legal departments are predicting increased workloads, despite most anticipating no increase in staff numbers and almost half expecting budget cuts, a survey has found.

Researchers said this would lead general counsel to demand “further cost savings and creative solutions from their law firms”.

However, they warned that in-house lawyers “strong-arming firms may not be enough” and they were likely “to have to revisit their own internal cost base”.

City firm Ashurst, in association with consultants OMC Partners, combined an anonymous survey with over 50 conversations with “law department leaders” for the report Legal operations: the shape of things to come.

The report said the sectors expecting growth were most likely to be pharma or technology companies, which were seen as benefitting from the pandemic.

A small minority, 4%, said they expected “downsizing” in their department, by 20% or more.

There was little expectation that the proportion of lawyers at in-house teams would be cut, with 75% expecting it to stay the same.

However, 43% anticipated their budget shrinking, compared to only 18% who thought it would grow. The rest said it would stay the same.

Almost two-thirds of respondents (64%) forecast that their workloads would increase by up to 30%, with competition and regulatory, data protection and employment matters the main causes.

Researchers said some of the reasons cited by in-house lawyers for the increase were “the increasing complexity of doing business” post-Brexit and in the wake of the pandemic, with an “exponential growth in legislation”, particularly in highly regulated sectors.

A large majority of in-house lawyers said decision-making would become dependent on data (79%), while three-quarters expected their staff to operate on a “blend of office and home working”.

More than half (54%) said they would work in remodelled or optimised office space, while 36% expected a “reduced office footprint”.

The survey found that almost half of companies (46%) possessed dedicated legal operations capabilities, which researchers said was a “sign of the evolution and maturity of many leading law departments”.

Helga Butcher, head of legal project management and process improvement at Ashurst, said the impact of Covid-19 on working practices has provided “a unique opportunity for legal operations teams to really demonstrate their value”.

She continued: “There is no ‘one size fits all’ when it comes to transforming legal operating models.

“Our research has shown that law department leaders are developing a blend of cost reduction, efficiency and productivity approaches to their transformation programmes.

“Building on the adaptive mindset we have seen throughout the pandemic and embracing alternatives to the status quo will be key to meeting increasing demand for new ways of working.”