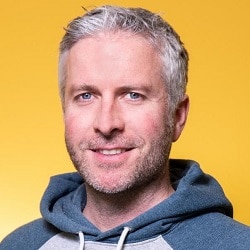 Massey: In-house teams are struggling to cope with the amount of work coming in

Law firms are “way ahead” of in-house lawyers in adoption of legal tech and the latter need to “grasp the nettle”, the chief executive of a start-up which helps corporate counsel manage their workload has argued.

Paul Massey, CEO of Tabled, said many in-house teams were so busy struggling to cope with the work coming in that they “hardly have the time to look up” and think about inefficiencies.

Mr Massey said the pace of adoption of new technology would be determined largely by whether in-house lawyers demanded it.

Speaking at the Westminster Legal Policy Forum event on legal technology in London this week, he said it was time for in-house and public sector lawyers to “grasp the nettle” and “demand that things are done differently”.

He went on: “I would not say the problem is the conservative nature of in-house lawyers. It’s more that in-house teams are struggling to cope with the amount of work coming in. They hardly have the time to look up and see ‘we’re inefficient here’ or ‘we’re bottlenecked in this area’.”

Mr Massey said things were “even more depressing” when you looked at the kind of technology some in-house lawyers were adopting. He said one GC had just told him she spent 25% of her technology budget on a product that “her clients hate and don’t want to use”.

However, he said the situation was improving, with the “rise of legal operations personnel” and more generous technology budgets.

Mr Massey said funding from the private sector for legal tech “was not really a problem” and was growing over time.

“The challenge for investors to be patient enough to wait for the type of onboarding that it takes to get adoption, particularly from the in-house teams.

“The venture capitalists I speak to want to see certain metrics in a year’s time. It may take us slightly longer to get there, but actually the disruption is there to be had.

“Where will it come from? There’s a huge number of AI solutions out there, a huge number of legal tech products. It is quite difficult for in-house teams to evaluate this and understand what the right product is for them.

“It’s up to us as lawyers to demonstrate that we are of value and tech has given us a way of doing that. Boards like to blame legal teams for slowing things down.

Earlier Emma Walton, knowledge and innovation manager at City firm Slaughter and May, agreed that there were a “huge range” of legal tech tools on the market and there was a similar challenge for law firms in choosing between them.

She said the first question was whether the tools would “make the lives of our lawyers better”, so they got home earlier and were under less stress.

The second was whether the technology would add value for clients.

“Lawyers and clients have to be part of the conversation with legal tech companies. Some technology may be fantastic or revolutionary but if users are not involved at an early enough stage, it’s unlikely to be adopted.”

Ms Walton said she was “not sure that everyone thinks robots will take over their jobs” but there was a “trust issue” with technology.

“Lawyers need to have complete confidence and trust in a tool, particularly if they will be accountable if it gives the wrong answer.”

Answering a question on barriers to innovation, Ms Walton said she did not think the legal tech available at the moment was “radical enough” to completely change the market.