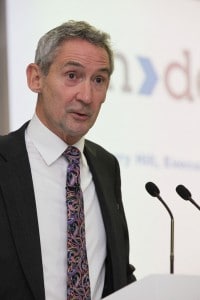 The In-Deed conveyancing brand has been acquired by the owner of an online property panel – the final step in the dissolution of the country’s first alternative business structure (ABS) failure.

Fitzalan Partners, which owns the Fridaysmove panel of solicitors and surveyors, acquired the brand for an undisclosed sum from Council for Licensed Conveyancers-regulated Runnett & Co, which had operated it since June 2013. Last month, AIM-listed In-Deed Online plc – set up in 2011 by Rightmove founder Harry Hill – announced its reverse takeover by an e-learning company.

Chris Salmon, a Fitzalan director, said “In-Deed was launched two years ago by Harry Hill with a clear mission to raise the bar for conveyancing services. Harry did a great deal to stimulate and progress the debate for much-needed change in the sector…

“For us, change means better service and proactive communication. Technology is a great facilitator, but, from a client’s perspective, widgets, apps and case tracking systems are worthless without a service and communication-based culture to back them up.

“We are now working with our partner firms to deliver efficient and service-focused conveyancing, as embodied by the In-Deed brand.”

Fridaysmove’s panel has 38 solicitors’ practices, all accredited under the Law Society’s conveyancing quality scheme, and 100 chartered surveyors. The website claimed that last month it carried out property transactions on behalf of 2,043 clients.

The new owner was explicit that it would not follow In-Deed’s law firm acquisition strategy, which included Runnett & Co in May 2012.

Mr Salmon said: “We will stick to our knitting. By focusing on online legal services marketing, and working closely with our partners to improve service levels, volumes of new clients instructing with Fridaysmove every month has increased into the thousands throughout 2013. With In-Deed, we will look to accelerate the growth of our market share in 2014.”

In-Deed Online plc, the first listed company to buy a law firm, sold the practice back to one of its founders for £1, becoming the first ABS failure. The sale included £325,000 to fund working capital and restructuring costs. At the time, Mr Hill said he would never return to the legal market, after the company lost £2m in the year to the end of March 2013 and £1.6m in the previous year.