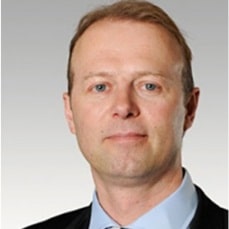 Baker: Growing number of insurers coming to conclusion that there will not be time

A “growing number of insurers” believe there will not be enough time for them to prepare properly for launch of the whiplash portal in April 2020, the new head of the Forum of Insurance Lawyers (FOIL) has warned.

Anthony Baker, partner at Plexus Law, gave the warning as the former head of claims at NFU Mutual, which underwrites £1.5bn in premiums annually including motor insurance, described it as an “impossible task”.

Jon Cawley, who moved last month to the head of claims role at NHS Resolution, described the new portal for low-value RTA claims as a “big investment” for the insurance industry.

“The practicalities of what we’re expected to achieve by April are phenomenal. This is far too difficult to land successfully by April. It is an impossible task.”

Giving his personal view at the FOIL president’s conference in London, Mr Cawley went on: “It will need a hell of a lot of people training time, IT investment, retraining and conversations with people who get it wrong and complain – which is an enormous strain.

“We don’t even know if the public will be able to find the new website. There has been no marketing on it – nothing – and we don’t even have a name for it.”

Mr Baker stressed that insurers were not yet at point of calling openly for the deadline to be extended.

“Insurers are not at the point of saying this must be delayed, but increasingly they are concerned that when they see the new rules in January, there will not be enough time for them to get ready.

“A growing number of insurers are coming to the conclusion that there will not be time.”

One delegate said she believed there was “a game of chicken” going on between the Ministry of Justice and the Association of British Insurers over who would be first to “back down” and admit the April deadline could not be achieved.

Another delegate warned of reputational damage to the insurance industry if implementation of this part of the Civil Liability Act was rushed and went wrong.

James Heath, former president of FOIL and a partner at Keoghs, said the new portal would highlight to claimants if it believed they were in the wrong place, but could not give advice.

Mr Heath said that if claimants realised that their claim was worth more than £5,000, they would have to leave the portal. They could download the information they had put into the system but they would then have to restart the process using the existing RTA portal, as there would be no link between the two portals.

A delegate commented that with a “massive gulf” between the portals, he did not know how the new system could be “remotely consumer-friendly or easy to use”.

Another said the new portal was “in danger of becoming a real white elephant” and he had spoken to two claimant personal injury firms who said they would ignore it and put all their claims through the existing portal.

Mr Heath added that the new portal had no explicit fraud controls built into it and the onus would still be on insurers to detect and prevent fraud.

Speaking after the meeting, Peter Edgar, head of motor claims at RSA Insurance, said: “We are all committed to meeting the April deadline; however, this is an awful lot to do in a relatively short period of time which puts pressure on the planned deadline.

“To ensure that we can support litigants in person there will be a need to train our claims departments on the new rules, and any further delay in sharing those rules will impact our ability to train our staff.”