Impact of Brexit on legal services “a cause for concern”, justice committee says 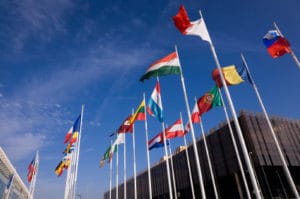 The justice select committee has described the impact of Brexit on legal services as “a cause for concern, but not hyberbole”, in a report published today.

MPs said that maintaining cross-border legal practice rights and access to “valuable regulations” on inter-state commercial law should be two of the four main justice aims for government negotiators.

The committee also called for the European Court of Justice (CJEU) to continue to have a role in respect of “essentially procedural legislation” concerning jurisdiction, applicable law and enforcement of judgments.

In its report on the implications of Brexit for the justice system, MPs warned that without the protection of existing practising rights in the EU, the ability of the legal services sector to facilitate economic activity “will diminish”.

The committee went on: “The implications of Brexit for the legal services sector give cause for concern, but not hyperbole.

“Most of the sector’s strengths are unabated, and sensible discussions between the UK and EU ought to protect many of the advantages of their existing co-operation.”

However, MPs recommended that the government promote the sector “in the context of its expected post-Brexit trade recalibration and the pursuit of new deals”, and outline the steps it would take to “protect and provide opportunities”.

The report referred to evidence from Andrew Langdon QC, chairman of the Bar Council, that “without the free movement of lawyers nothing else of much importance will be salvaged”, and from Robert Bourns, president of the Law Society, who warned that “traditional fiefdoms” of professional practice could re-emerge across the Channel after Brexit.

The report also referred to evidence from the Solicitors Regulation Authority that “rights of legal practice painstakingly acquired through EU free trade deals” would be jeopardised by Brexit, highlighting the case of South Korea.

MPs said that protecting the UK as a “top-class commercial law centre should be a major priority for the government in Brexit negotiations, given the clear impacts on the UK economy of failure to do so”.

They said that protecting choice of jurisdiction and maintaining mutual recognition and enforcement of judgments were “central” to this objective.

The report said the government should aim to replicate the provisions of the ‘Brussels I Recast’ regulation, which covers both issues, as closely as possible, “perhaps using the EU-Denmark agreement as a blueprint”.

However, it noted that although Demark had agreed a “bespoke” version of the regulation in 2005, the agreement gave the CJEU jurisdiction on interpretation, which could be seen as “in tension” with the government’s aim of ending the court’s jurisdiction in the UK.

Ministers should also address “the potential liabilities for non-performance of contractual duties that financial institutions may face as a consequence of Brexit”.

Elsewhere in the report, the committee said that along with practice rights and inter-state commercial law, the government’s two “principal aims” in the negotiations should be continued co-operation on criminal justice and retaining mechanisms to resolve family law cases.

On criminal justice, MPs said the “seriousness of the matter and degree of mutual interest” added weight to the arguments put forward by Francis FitzGibbon, chair of the Criminal Bar Association, that this area should be “separated firmly” from other aspects of the negotiations.

In a separate Brexit report published today, this time on the trade in non-financial services, including law, peers on the House of Lords EU internal market sub-committee said that in the absence of single market membership, a comprehensive free trade agreement was crucial.

On legal services, the committee heard evidence from Mickael Laurans, head of the Law Society’s Brussels office, that there were around 200 foreign-owned law firms in London, including 100 US firms, which might consider seeking “a new European hub location” if they did not have access to practise rights across the EU.

Mr Laurans warned that “any off-the-shelf free trade agreement would be a setback to current levels of market access and national treatment” for UK legal services.

Peers concluded that the government should ensure that any UK-EU free trade agreement included provisions on the mutual recognition of professional qualifications and regulatory structures.

The committee warned that under a ‘no deal’ scenario, legal and accountancy firms would face “increased (and in some cases absolute) barriers” to trading with the EU.

On Monday, in yet another report, from the House of Lords’ justice sub-committee, peers expressed concern about the impact that Brexit is already having on the UK’s legal services market and urged the government to take action.

They also warned that alternatives to the existing framework of civil justice cooperation “must be in place before the UK’s withdrawal is completed”.