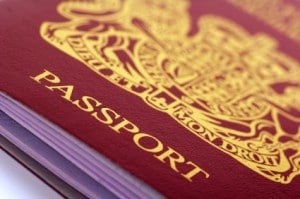 Vulnerable clients: Ms Mendes was already heading for the SDT

A district judge has described how an immigration solicitor who continued to practise despite being suspended left behind her a “trail of destruction”.

Flora Magdaline Mendes, 37, was convicted in her absence at Luton Magistrates’ Court of four offences of providing unregulated immigration advice.

District Judge Lee-Smith said that he had “heard detailed evidence of the trail of destruction towards vulnerable people she left in her wake as she continued to practice”.

He described the damage as a “very significant aggravating feature”.

Ms Mendes pretended that she was a regulated solicitor and practised under the firm name of Arch’s Law.

In a statement, the Office of the Immigration Services Commissioner said Ms Mendes had been sentenced to six months’ imprisonment by Luton Magistrates Court for each of her four offences. The sentences would run concurrently, but were suspended for two years.

In addition, the court imposed a curfew order on her, to run seven days a week (from 10pm until 7am) until the end of August 2015, and ordered her to pay a total of £2,325 in compensation and £2,881 in prosecution costs.

A spokesman for the Solicitors Regulation Authority (SRA) said Ms Mendes was due to appear before the Solicitors Disciplinary Tribunal in July, where her criminal convictions would be added to the existing allegations she faces.

The SRA intervened into Ms Mendes’ practice in January 2013, after finding “reason to suspect dishonesty”, and her practising certificate was suspended. Later, in May that year, it was reinstated, subject to conditions – including that she was only to work as an employed solicitor and not as a manager or sole practitioner.

The SRA said in its prosecution notice last year that Ms Mendes was accused of “knowingly making untrue statements to a duly authorised officer of the SRA in the course of an inspection of the books of account and other documents” at Mendes Solicitors.

She was also accused of failing to obtain indemnity insurance for the firm and “attempting to prevent a duly authorised officer of the SRA from carrying out an inspection of the books of account and other documents of the firms of Mendes Solicitors, Arches Law and Alphas Law.”