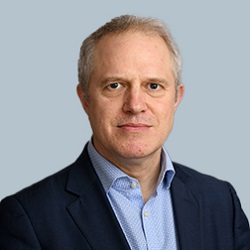 Immigration lawyers yesterday launched a free advice service to support Ukrainians wanting refuge in the UK in the wake of the Russian invasion.

Simon Cox, a barrister specialising in immigration and public law at Doughty Street Chambers, said the project aimed to help Ukrainians wanting to stay in the UK or “reach the UK legally”.

The Ukraine Advice Project describes itself as “a group of volunteer legal professionals with immigration/asylum expertise” set up to help Ukrainian citizens affected by the invasion.

It is calling for more volunteers qualified to provide immigration advice in the UK to join the project.

Mr Cox said: “The project isn’t a campaign. My personal view is that UK should follow the lead of Poland, Hungary, Slovakia and Ireland, and grant temporary entry to Ukrainians, just as Britain opened its doors to 250,000 Belgians during World War I.

“If the government won’t do that, it should at least issue visas to Ukrainians with family in UK − and not just spouses and children under 18.”

The project explains on its website that Ukrainians in the UK may be entitled to refugee status and/or humanitarian protection. Those who do not already have indefinite leave to remain in the UK “may wish to apply for it but should speak to a lawyer first”.

The UK government has announced measures making it easier for Ukrainians already in the UK to stay on within the mainstream immigration system, including by applying to switch from a visit visa to a work or study visa.

Among those who have joined the Ukraine Advice Project already are barrister Jennifer Blair of No5 Barristers Chambers, Alex Piletska, an immigration solicitor at Turpin Miller in Oxford, Miranda Butler, a barrister at Landmark Chambers, and John Vassiliou, a senior associate at Scottish law firm Shepherd & Wedderburn. The project is supported by CJ McKinney of Free Movement.

The website says: “This is a short-term response and may be handed over to another group or organisation better placed to coordinate a pro bono advice project in the medium term.”

Separately, a charity set up by lawyers that assists at-risk, targeted Afghans to evacuate and resettle is urgently calling for donations to support its work.

The charity was set up by Simon Myerson QC, Daniel Berke – founder of 3D Solicitors – barrister Sarah Magill and Rosie Shaw, a “future trainee solicitor” with experience in refugee and immigrant non-profits.