Immigration chief hits out as “abuse” by lawyers 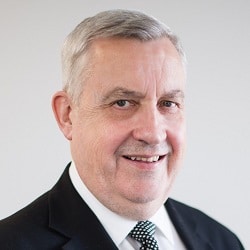 Wood: Continual abuse of the courts

The appeal system for failed asylum-seekers has been “heavily abused by some lawyers”, the former Home Office director-general of immigration enforcement has claimed.

David Wood, who worked under Theresa May when she was home secretary, said the immigration regime “largely fails to deal with those who are here illegally”.

He was writing in a paper for independent think-tank Civitas, called The challenge of enforcing immigration rules.

“One of the central difficulties revolves around the asylum system, and the scope for its abuse by those who are not refugees but submit applications as a last-ditch bid to avoid deportation,” he said.

“This risks overwhelming resources and lengthening the time it takes to process the claims of genuine asylum seekers who are fleeing persecution and war. It also helps undermine voters’ trust in the system and fuels anger that the rules are not enforced properly.”

In a section on abuse of the legal system, Mr Wood said: “Appeals and legal challenges to asylum refusals play a significant part in the time it takes to conclude cases and ultimately abusive applications can and do impede the legitimate removal process.

“The asylum system requires a right of appeal, but it is a system which has been heavily abused by some lawyers. This is particularly so in respect of last-minute challenges to deportation, often seeking an injunction in the hours before removal before an on-call High Court judge who is not a specialist in the area.”

He pointed out that over 75% of judicial review applications to the Administrative Court were for asylum and immigration matters, but using figures from 2011, said just 54 of 8,649 applications succeeded.

“Such applications often follow many previous challenges mounted on similar or identical grounds and the courts have been very critical of members of the legal profession for failing to properly advise the judge of the case history, thus inviting a decision without the correct or incomplete information.”

Mr Wood quoted a lengthy series of cases where senior judges have criticised the way immigration solicitors have handled cases.

“The judiciary is not noted for such outspoken criticism of lawyers, and the cases follow a pattern and continual abuse of the courts.

“Whilst legitimate appeals and challenges greatly extend the time taken to dispose of asylum cases, it is accepted that this is a necessary part of the process, even if those cases take longer than desirable to the claimant and the Home Office.

“The abusive applications are a serious concern and place a considerable burden on the public purse, through unnecessary legal fees, aborted removal processes, prolonged detention and administrative costs at the Home Office.”

Mr Wood described speeding up the appeals process as “critical”. He explained: “The use of an expedited system is justified in many cases… The ability, in highly abusive applications, to be able to quickly decide the case, deal with appeals and remove unsuccessful applicants would act as a deterrent to such applications…

“The courts have now set down guidelines which could help, although previous attempts by the courts to do so have not dampened the abuse.

“There have been changes to legal aid over the years and limitations as to where it can be applied for. Clearly legally aided cases should be supervised, and fee reductions imposed in such cases.

“This is an area which should also attract greater interest from the regulatory bodies for the legal profession.”

Last week, the High Court rejected a solicitor’s appeal against a £20,000 fine imposed by a disciplinary tribunal for his involvement in abusive asylum appeals.