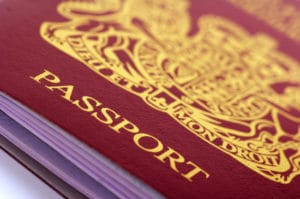 Immigration barristers “under pressure to do more work for less money”

Chambers carrying out immigration work have voiced a “unanimous and strong opinion” that they “repeatedly experience poor standards of service from solicitors”, a Bar Standards Board (BSB) report has found.

Chambers complained not only about poor-quality work, with papers “often missing”, but also about “delays and outright failure to pay barristers” – including “legal aid money which, as public money, should be handed over promptly”.

Barristers said solicitors tended to send papers “very late in the day before the hearing” and concerns were raised about the “level of client care” they provided in preparing for court hearings.

During a series of visits to chambers for its Immigration thematic review report, the BSB heard further concerns that clients found it difficult to establish whether they had received good-quality service as “there was no transparent way” for them to assess it.

“Chambers said that in the absence of other measures, price is often taken as a sign of good quality – the perception being that the more expensive something is, the better the quality.

“This could compound the effect of poor service by allowing unscrupulous providers to charge higher and higher fees to vulnerable clients.”

By contrast, the BSB went on: “The withdrawal of legal aid has led to risks to the quality of the service delivered and what was referred to as a ‘race to the bottom’ for the level of fees charged.

“It has made it very difficult for some barristers to provide ‘good quality’ legal services, the focus being on getting through as many cases as possible, as quickly as possible.

“Barristers are placed in the position of having to choose to work for little or no fee, because the client has a valid claim, or turn them away. They are increasingly under pressure to do more work for less money, or even for free.

“This puts at risk the quality of services delivered by barristers, as well as the viability of their immigration practices.”

The BSB said there appeared to be a contradiction between the view that immigration work was “high risk” and generated more complaints than other areas, and the fact that actual complaint levels were low.

Among the reasons cited by chambers for the low level of complaints was that “certain cultures hold legal professionals in very high esteem” and “clients are unlikely to complain after they have been deported”.

Despite the “fast-changing” nature of immigration law, and the fact that standard training did not necessarily equip a barrister to do immigration work, the BSB said the barristers it spoke to did not support an accreditation scheme.

They questioned why immigration work should be “singled out for an additional regulatory burden”, and placed more weight on “effective pupillage training, support from more experienced barristers and CPD”.

The BSB said it was evident from the visits that there was no shortage of immigration work for barristers. “The unanimous view was that the amount of work is increasing. Chambers who receive their work through solicitors find that there is a good supply of work.

“Those engaging primarily in public access work find that they get enough work through word-of-mouth recommendations and they do not need to advertise their services.”

The report’s recommendations, adopted at last week’s BSB board meeting, include publishing case studies alongside existing guidance, outlining examples of good and bad service, developing a framework to measure client vulnerability and working with other regulators in the area of immigration to help ensure consistency across the professions.

In a separate development, the BSB has announced proposals to improve standards of advocacy in the youth courts, following the publication last year of a hard-hitting report commissioned jointly by the BSB and CILEx Regulation.

They include setting out the competencies expected from advocates, providing guidance on how they can be satisfied and attempting to raise the status of youth advocacy work.

The BSB added that it would be “looking at ways in which poor performance can be identified”, including “risk-based or sampled visits to youth courts to observe advocacy”, with enforcement action reserved for “the most serious or persistent cases”.