Immigration advice scammer jailed for absconding while on bail 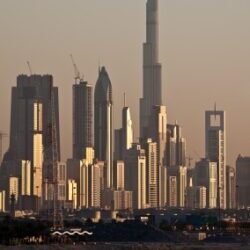 A man who fled to Dubai after he was found guilty of an immigration advice scam has been imprisoned on his return to the UK.

Babbar Ali Jamal, a director at DDR Legal Services, was one of three directors from two legal businesses which generated £2.5m in fees by providing unregulated immigration advice.

Mr Jamil was fined £10,000 in his absence 18 months ago after he and fellow DDR director Dan Romulus Dandes along with Zia Bi, director of Burlow & Spencer, had been found guilty of six counts relating to 19 offences of providing unqualified immigration advice and/or services.

Earlier this month, having returned to the UK from Dubai, Mr Jamal gave himself up to the authorities. Last week he was sentenced at the Old Bailey to 20 weeks’ imprisonment and ordered to pay £500 prosecution costs for failing to surrender to bail.

Judge Munro QC concluded that, by absconding, Mr Jamal had caused substantial interference with the administration of justice. He enjoyed a good quality of life with his family in Dubai while making no attempt to make payments towards the fine.

At the original sentencing in January 2021, Judge Munro QC said: “The consequential loss and the impact on the complainants is far-reaching and in some cases devastating.”

“One victim had to leave the UK permanently; another paid £7,000 in expenses to contest a failed application; others had to travel to Shanghai or Bangkok to submit applications which were bound to be rejected; and a couple who travelled for work were unable to leave the UK for two years while their documentation was sorted out.”

John Tuckett, Immigration Services Commissioner said: “Mr Jamal showed a total defiance of the law. This has been reflected in the sentence, and I hope this serves as a reminder to those who might otherwise choose this path.”