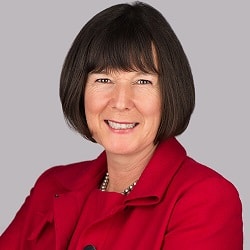 The managing director of the latest law firm to become an employee ownership trust (EOT) has said the biggest barrier is the “ignorance” of solicitors.

Beverley Sunderland, managing director of Crossland Employment Solicitors, said since her firm became an EOT at the end of last month, she had been approached by five law firms wanting to find out more.

Last October, the founders of Tapestry, a law firm in Sheffield and Leeds which advises on employee share ownership and executive pay, also transferred all of their shares into an EOT.

Ms Sunderland, a former partner at Doyle Clayton, said it was only when she saw what that law firm had done that she started to research EOTs.

“Quite frankly, the problem is ignorance. A lot of law firms just do not know about it.

“People might think that the idea that everyone can benefit from the profitability of a firm is an impossibility. Solicitors might naturally think they are not allowed to do it.”

Ms Sunderland, sole owner of Crossland, said she had sold 100% of her shares to the EOT at the end of last month.

She said these would be paid for by the trust over the next three to four years, meaning that she had a “vested interest” in the success of the firm while she gradually “shifted responsibility” to the younger partners.

When the shares are paid for, the board of the firm, which is a limited company as well as an alternative business structure (ABS), can decide how to share the profits. In the meantime, staff at the firm can benefit immediately from tax-free bonuses of up to £3,600 a year.

Ms Sunderland and Barry Ross remain as directors and partners of the firm, which she founded in 2008, and are joined as partners by newly promoted Owen Dear and Maria Hoeritzauer.

The benefits of an EOT were that it made staff “feel part of the future of the firm”, while giving them “much more of a focus on costs and profitability”.

In the two weeks since the firm made the change, there had been a “fantastic sea change” in attitudes.

Ms Sunderland said the move had also gone down well with clients, one of which was in the process of converting to an EOT.

She praised the “very positive” attitude of the Solicitors Regulation Authority to the firm’s plans, and said the regulators was considering revising its forms to make the process easier.

Ms Sunderland added that she believed “a few more” law firm EOTs might be in the offing.

Other practices also have employee ownership schemes, such as south-west law firm Stephens Scown, specialist employee ownership firm Postlethwaite and some of the listed law firms, while consolidator Metamorph Group has created an employee benefit trust for staff.

The trust now owns 5% of the group holding company and all of Metamorph’s 650 staff across nine different firms are included in the benefit scheme. It is a company rather than a partnership.

Executive chairman Tony Stockdale said: “This is an exciting innovation that effectively provides all our people with a financial stake in our business.”