“Ignorance of new rules is no defence”, ministry tells CMCs 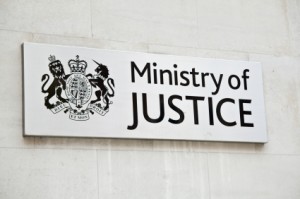 MoJ: “spurious and generic” claims will not be tolerated

Ignorance will be no defence where there have been breaches of the new rules governing claims management companies, the Ministry of Justice (MoJ) has told those it regulates ahead of the rules coming into force today.

The MoJ said it had conducted audits of CMCs “where those responsible for running the business do not clearly understand the rules or how their business is operating (or sometimes both).”

Newly issued guidance on the rules continued: “Ignorance of the rules and the operating procedures of the CMC is no defence where there is evidence of rule breaches. It is the responsibility of those running CMCs to know their legal and regulatory requirements and to comply with them.”

Under general rule 3 of the Conduct of Authorised Persons Rules 2014, CMCs must be “directed by people with the necessary competence who must have a working knowledge of the legislation and rules relating to regulated claims management services”.

The MoJ said that “incompetence and lack of knowledge of legal/regulatory requirements” sometimes resulted in “widespread malpractice and multiple rule breaches” and warned directors that enforcement action would be taken.

In its introduction to the guidance, the MoJ said one purpose of the new rules was to “address the high levels of misconduct” in the financial services sector, which has been dominated for the last few years by PPI claims.

The Claims Management Regulation Unit (CMRU) of the MoJ was criticised last month for not being tough enough on financial services CMCs.

Businesses must be able to “demonstrate and where practicable, document that it complies with the rules”, the 2014 version emphasises. CMCs are required to be able to “substantiate” that a claim exists, meaning that they must have evidence.

“Documentation is the best form of substantiation and you are expected to use it wherever possible. Where the customer has not retained documentation, we expect you to have obtained sufficient information from the customer verbally to formulate the basis of a (potential) claim.

“This may include the approximate date the mis-sale took place, the product, the circumstances of the sale and the customer at that time e.g. employment status, previous name, previous address, where the sale took place etc…

“If you submit spurious, generic and non-specific claims, you will be in breach of this rule.”