Identity of person instructing solicitors not covered by privilege 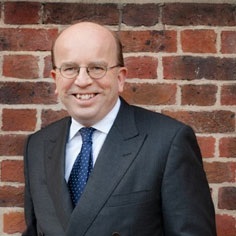 The High Court has rejected a company’s claim to litigation privilege over the identity of who instructed its lawyers.

Mr Justice Robin Knowles said the two-part test was whether the communication itself was privileged and whether the privilege would be undermined by the disclosure sought.

The court in Loreley Financing (Jersey) No 30 Ltd v Credit Suisse Securities (Europe) Ltd heard that there was no specific authority on the question of whether the identity of the persons authorised to give instructions to solicitors on behalf of a corporate client in ongoing litigation was covered by litigation privilege.

Here the claimant company was a special purpose vehicle with no employees and directors supplied by a professional services company. The case concerned allegations of fraudulent misrepresentation and unlawful means conspiracy relating to its $100m purchase of notes that formed part of a collateralised debt obligation transaction.

Credit Suisse argued that the identity of who was instructing City firm RPC was relevant to an issue in the case.

Loreley submitted it was effectively inviting the court to create an exception to the application of litigation privilege, “such that it would cover all aspects of a party’s preparation for litigation except the identity of the persons authorised to give instructions”.

But Robin Knowles J did not agree. Having examined the authorities, he set out the two-part test, adding: “This answer applies as much where the person communicating does so as a person authorised to give instructions to the lawyer on behalf of the lawyer’s client as where that person has a different role.”

While stressing that this would always be a case-specific decision, he decided that disclosure would not undermine privilege.

Loreley argued that, if the information were not privileged, “one can foresee situations in which a client may have reservations before authorising a particular individual to provide instructions on its behalf, since the identity of which persons gave instructions on particular matters might give ‘clues’ as to the content of particular instructions or the client’s litigation strategy”.

But Loreley did not adduce any evidence that this would be the case here and the judge rejected the argument that this was because it could not do without waiving privilege.

Robin Knowles J said: “There may be no difficulty in some cases, as where… the position is simply that all instructions were and are given by a particular board member, reporting to the board.

“But in another case, a party may (if it is true, and guided by its lawyers with the responsibilities they too have) be entitled to claim privilege on the basis that, on the specific facts and in the particular circumstances of the case, it cannot disclose the information of who gives instructions without waiving privilege over the content of the instructions. Loreley does not take that position in this case.”

Similarly, he rejected the argument that, in adversarial proceedings, the identity of the person giving the instructions “would invariably betray something about the way in which the litigation is being handled within the party concerned”, and the opposing party “is not entitled to dig around in such matters in the hope of turning up something of forensic or other value”.

The judge said: “But that is not this case; and here it is common ground on this application that the information is sought in connection with an issue in the case.”

He concluded: “I find nothing in the present case to show that the privilege will be undermined by the disclosure of identity sought.

“It does not follow from this conclusion that the disclosure of the identity of the person will be relevant to the issues in a particular case.”