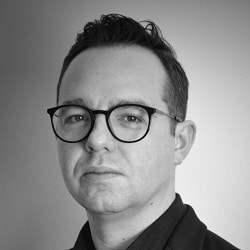 The charity that publishes law reports for the higher courts of England and Wales yesterday launched a research lab to leverage its archive of law reports in boosting legal innovation.

The venture hopes to produce both generic ‘open source’ – that is, accessible to all – tools to exploit other legal databases and ultimately a free service that will bring its data to non-technical users.

The 150-year old Incorporated Council of Law Reporting (ICLR), announcing ICLR&D, said the lab aimed to “jumpstart” innovation with primary law because the field was “struggling to spread to open projects that focus on improving the way we access, utilise and interact with primary legal materials, such as case law and legislation”.

It would couple its archive of case law and data, and its experience in understanding the common law, with “a multi-disciplinary approach that draws in legal scholarship, design and technology from within and outside ICLR”.

The work will be carried out in-house, but potentially could involve collaboration with “the courts, universities, barristers, law firms, third-sector organisations, technology companies, and start-ups”.

Research will be split into four related projects:

ICLR&D will include also “collaborating with journalists and researchers to understand the trends and insights that lie hidden in the case law corpus; developing a… structure for primary legal text markup; and… open source models capable of accurately identifying entities peculiar to legal writing, such as issues, axioms and ratio”.

Daniel Hoadley, the ICLR’s head of research and design, told Legal Futures that the UK was lagging behind the US and Canada in exploiting legal data.

He explained that, for example, the Blackstone project would have two phases: the first was “open sourcing the raw model that can be used by other developers and their own data”, following by assembling “a slightly more elegant free service that non-technical users are able to make use of”.

He added: “One of the problems the UK has… is all of the legal innovation that we are seeing is being confined to law firms; to contracts and other paperwork being generated in the course of their business. None of the innovation is going towards primary law at all.”

He acknowledged there was a tension between ICLR championing open source data, while at the same time reserving access to its own archive to fee-paying license-holders:

“ICLR needs to tread carefully here, I think, but we are a not-for-profit, a charity, and in so far as we are able to do things for the public good that don’t compromise our ability to continue operating, then will make every effort to move into that space”.

He went on: “What we are saying is at the moment this jurisdiction suffers from some big problems, chiefly lack of open data.

“Whilst we are not in a position to just go pouring our data out there for all and sundry… we want to build a safe environment to facilitate carefully managed experimentation with that data.”

He said that although the lab was launched only yesterday, the signs were already that “this looks like a development that is going down well, particularly in London innovation circles”.

Mr Hoadley described legal innovation in the UK as being in “a strange place”, with the big firms “furiously investing in technology to gain an edge over their competitors”, while “the basic components of a modern legal system that works for all, such as comprehensive open access to case law, are conspicuous by their absence”.

He continued: “We want to marry our data and expertise in the common law domain with new techniques and emerging technologies to level the playing-field and create platforms and tools that will help the English legal system to catch up with the pace of development across the Atlantic…

“We’re combining our established expertise in interpreting the decisions of judges with more modern and experimental techniques to provide a focal point for advanced development that stands to benefit ordinary people wherever they seek legal advice.”