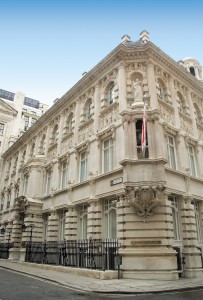 ICAEW: watching the SRA “mop up the potential market”

The Institute of Chartered Accountants in England and Wales (ICAEW) has described as “increasingly frustrating” its wait to become a regulator of probate services and an alternative business structure (ABS) licensing authority.

Peter James, head of regulatory policy at the ICAEW, said that if Parliament did not give its approval before the summer recess, and waited until the autumn, the whole process would have taken two and a half years.

Mr James said the delays were undermining the business case the ICAEW had built up to regulate probate and ABSs, while it watched the SRA “mop up the potential market we are going for”.

The Chartered Institute of Legal Executives (CILEx) is experiencing similar delays in obtaining parliamentary approval for the power to grant the rights to conduct reserved probate and conveyancing work.

Mr James said the Lord Chancellor, Chris Grayling, approved the ICAEW’s applications in March this year, but it was “taking an age” to go through Parliament.

“The recess is rapidly approaching. If an order is not laid before, then it will go to September, where there are only 10 days, so that would probably mean October or November.

“This means it would have taken eight months for the Lord Chancellor’s decision to be recognised in law because of problems with the parliamentary process.”

Mr James said the ICAEW made its first formal approach to the Legal Services Board in February 2012 and started building its “business case”, but it was not until 10 months later, in December 2012 that it was able to submit its applications.

At the time the ICAEW said it hoped to begin regulating probate and licensing ABSs in the autumn of 2013. Mr James said it took a year for the LSB to approve its applications and three months for the Lord Chancellor to make his decision.

If it took a further eight months to get an order through Parliament, the whole process would have lasted two and a half years.

“In order to become a licensing authority, you have to demonstrate that you have a sufficient market to regulate. Our business case is being undermined by the delays. Two and a half years will have elapsed between us asking our members if they were interested, before we can say ‘yes, you can do it’.

“We doubt that there will be significant opposition in Parliament because we’ve done the due diligence to the nth degree. The points raised in the Lords this week were all addressed in the application documents. We’ll get there in the end, but it’s a lot of money to commit up front.”

Mr James said that an organisation the size of the ICAEW could probably bear the cost, but it must be “very challenging” for ILEX Professional Standards and the Intellectual Property Regulation Board, which is also becoming an ABS licensing authority.

He added that the Financial Reporting Council, the body responsible for regulating auditors, did not have to refer applications to Parliament.

Legal services presented a “lesser risk” in terms of potential damage to wider economy if things went wrong, Mr James argued, yet the LSB was not trusted to make its own decisions without the involvement of the MoJ and Parliament. “The whole process is a bit strange and over-engineered.”