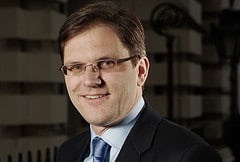 Soare: “Exactly the type of firm we wanted to apply”

The Institute of Chartered Accountants in England and Wales (ICAEW) has authorised the first non-ABS accountancy firm to carry out probate work.

Kingston Smith became the first accountancy firm to be licensed by ICAEW as an alternative business structure to carry out probate work earlier this month.

Any accountancy firm wanting to provide probate services must become an ABS unless all its partners have been authorised to do probate.

Hope Shaw, a sole practice in Sherborne, Dorset, is the first non-ABS to be authorised by the ICAEW. Run by David Robinson, it provides services to individuals and local businesses.

“It was a logical step to apply to become regulated to do probate work,” Mr Robinson said. “It is an extra service we can provide to clients.

“It was natural to use ICAEW as the regulator given that it already regulates the other services I provide as a chartered accountant.”

Vernon Soare, ICAEW executive director, said: “Hope Shaw is exactly the type of firm that we wanted to apply to do probate work and why ICAEW became a licensing authority and regulator.

“It makes sense for practices such as Hope Shaw to provide this extra service when they are already providing inheritance tax and succession planning advice.”

ICAEW became a licensing authority for accountants wanting to carry out probate and form ABSs in August 2014.

Peter James, head of regulatory policy at the ICAEW, said probate was a “natural add-on” to tax advice and that was its attraction. He said accountancy firms that became ABSs could provide a much wider range of services.

Around 250 accountancy firms are expected to become licensed either simply to provide probate services or as ABSs in the next few months.