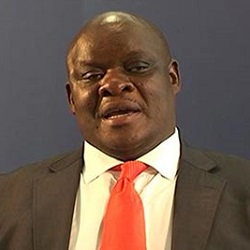 Moyo: Pandemic has forced us to think about what we value in our lives

Women, ethnic and other minorities and young people in the legal profession are most likely to suffer from depression, showing a link between wellbeing and issues of equality, diversity and inclusion, according to a high-level report.

The report found that only men − especially the older ones − did not have a score in the World Health Organisation’s (WHO) mental wellbeing index below the threshold indicating cause for concern about depression.

One in three lawyers said their work affected their health.

The findings emerged from two surveys done for the International Bar Association’s (IBA) global study of mental wellbeing in the legal profession, started two years ago due to concerns about substance abuse, severe depression and suicide within the profession.

Specifically, when the IBA met for its annual conference in September 2019 in Seoul, South Korea and a room of senior lawyers were asked whether they would recommend a career in the law to their children, just five hands were raised.

The IBA task force writing the report came up with 10 mental wellbeing principles that it said should be the basis of future efforts to tackle these issues.

They included that mental wellbeing always matters, suffering depression is not a sign of weakness yet carries stigma and that it should be addressed by the profession transparently.

It also called for systemic problems to be addressed, as well as for intersectionalities − related issues affecting wellbeing, such as discrimination − to be recognised.

Other survey findings were that 41% of lawyers would not discuss mental wellbeing concerns for fear they would impact negatively on their careers, while employer statements that they took wellbeing seriously was not reflected by them providing training for sufficient senior managers.

On the WHO’s discrepancy in wellbeing index, only men and lawyers aged 55-59 scored above the level of concern. The average global score for all lawyers was just below the threshold, with those aged 23-29 scoring the lowest. Women, ethnic minorities and people with disabilities all scored below the average.

However, most legal professionals felt their firms had responded positively to the Covid-19 pandemic and wanted changes in working practices such as virtual meetings, less travel, working from home and flexible hours made permanent.

The report highlighted a reason for reluctance among lawyers to recommend a career in the law as being economic pressures caused by global market forces.

It recognised that billing targets and longer hours, ever-higher starting salaries to compensate, and a cut-throat competitive atmosphere had contributed to an unsustainable situation.

Initially the task force believed the answer was tackling the existence of substance abuse and other harmful coping mechanisms adopted by lawyers.

But it became clear that the issue was a lot more complex and had to be understood to address the mental wellbeing crisis in the profession.

His successor, Sternford Moyo, added: “Recent events have forced all of us to stop and think about what it is we value most in our lives, and how our careers contribute, or not, to our mental wellbeing and sense of purpose.”