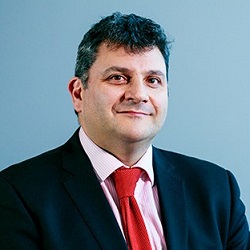 Pena: Law firm did not live up to co-operative ideal

The founder of new-model law firm Cubism Law has explained how he “totally cracked” under the pressure of its financial problems, leading him to dishonestly misappropriate client funds.

Andrew Roman Pena, who described what he did as “shameful, dishonest and inexcusable”, has been struck off by the Solicitors Disciplinary Tribunal.

Mr Pena qualified in 1992 and set up Cubism Law, one of the early adopters of the consultant-led law firm model, in 2006.

According to a statement of agreed facts and outcome between Mr Pena and the Solicitors Regulation Authority (SRA), the firm expanded considerably, including a move to larger offices in 2015 and the recruitment of a large commercial litigation team in 2017.

The cost base increased significantly and Mr Pena told the SRA that the firm was “probably under-funded in terms of capital” from 2015, and that by spring 2018 the firm was in financial trouble, with growing work-in-progress in cases run under conditional fee agreements.

He transferred £265,000 of client money from one large litigation matter and £15,000 from an individual client to Cubism’s office account and created false invoices to justify them. In doing so, he admitted acting dishonestly.

Mr Pena also admitted taking a loan of £100,000 from a close family friend, which he told her was to bridge a cash flow shortfall, without explaining the firm’s deteriorating financial situation or advising her to take independent advice.

He confessed to what he had done with the firm on the verge of going into administration, which it did in July 2019.

Mr Pena provided a highly unusual mitigation statement that laid out the history of Cubism Law and his hopes of creating a business based on the “co-operative ideal” inspired by a Spanish client, a very large conglomerate originally started by a Catholic priest.

He said: “Ideals and realities are not good bedfellows. The human condition is wrought with self-centeredness with the ‘I’ often overshadowing the ‘we’.

“There was always something of that tension within Cubism. The consultant-based business model (upon which Cubism was built) encouraged each lawyer to plough his or her own furrow and focus more on that than my hoped for co-operative ideal.”

He detailed how cash was running low and tensions rising at the firm when he turned to client money.

“I cannot and do not dispute the facts,” Mr Pena wrote. “I cannot say that anyone was complicit in my actions. I can only say that, at the time of most of my wrongdoings, I was under this growing and excruciating pressure and that under that pressure I totally cracked.”

He explained that he had spent the time since “searching in the shadows of my life”, seeking “solace amongst my local Quakers”, spending time on an Ignatian retreat and starting a course on the art of spiritual direction.

Mr Pena concluded: “In living through my many errors, I have also discovered a personal truth – you cannot change yourself but you can lose and find yourself.

“I hope never again to lose myself as I then did nor to become as desperate as I then was. Even if I did, I hope my learnings will lead me to respond more honestly and with far greater integrity.”