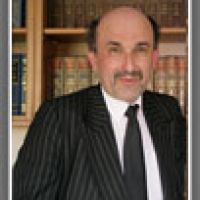 The barrister reprimanded for describing his opponent’s instructing lawyer as a “hysterical woman” says he is being “persecuted for expressing inconvenient truths”.

Feliks Kwiatkowski said he would appeal the decision of the Bar disciplinary tribunal to the High Court.

He announced the support of his head of chambers, Lawrence Jones of Central Court Chambers in Chancery Lane, and of the Free Speech Union, a pressure group set up by controversial journalist Toby Young.

The tribunal decided that Mr Kwiatkowski’s comments to a female barrister – which also included calling women “intemperate” – were sexist and discriminatory.

He told the tribunal that “female solicitors and ancillary staff, particularly at entry level in affected areas of practice, can be overemotional and can ‘overegg the pudding’, going overboard in routine situations”.

In deciding his actions amounted to professional misconduct, the tribunal rejected the argument that any finding would violate the barrister’s freedom of expression.

In a statement, Mr Kwiatkowski said he saw himself as “no different from my colleagues, Allison Bailey and Jon Holbrook. We are each being persecuted for expressing inconvenient truths that do not square with Hard Left dogma”.

Ms Bailey has brought an employment tribunal claim for victimisation and discrimination against her set, Garden Court Chambers – a member of Stonewall’s diversity champions programme – for detriments she says she suffered after she was highly critical of Stonewall’s approach to transgender rights.

Mr Holbrook was fined and warned by the Bar Standards Board (BSB) over a tweet it said was offensive and “could promote hostility towards Muslims”. He is currently awaiting the outcome of his appeal to the Bar tribunal.

Mr Kwiatkowski observed that the complaint against him was initially rejected by a female case handler at the BSB, only to be revived by her manager – a fact that came out “over a year later, only due to the exemplary diligence of my counsel, Marc Beaumont”.

But the Bar tribunal rejected Mr Beaumont’s efforts to throw out the case as a result.

Mr Kwiatkowski added that he only became aware that the ruling had been published after it had appeared in the media.

“There was at that point still no decision in my mail-box. I had to write and specifically ask the Bar Tribunal & Adjudication Service (BTAS) to release the official decision before it was disclosed to us. There has hitherto been no explanation or apology from the BTAS for this distasteful chain of events.”

Mr Beaumont added: “In this country, the law of the land is that the expression of an opinion, however unpopular, irritating, or perhaps even repugnant, is permissible subject to a risk of civil disorder arising from such expression.”

He argued that there were “two unusual features” of the decision.

“Firstly, to say that someone is a hysterical man or hysterical woman may offend certain sensibilities, but in context my client was criticising an attack on his female instructing solicitor.

“It was submitted and will be submitted on appeal that the phrase ‘hysterical woman’ is not in itself professional misconduct. That has to be something that reaches a threshold of seriousness.”

“That opinion may be repugnant to some, but the remedy for this is not to shut it down, not to punish the speaker, as has happened, but to engage in a mature debate.

Mr Beaumont insisted that Mr Kwiatkowski was neither misogynist nor sexist.